Some of the most enduring learning experiences come not via the classroom but by how administrators, teachers,  students, parents, and others respond to real-time school-related experiences.

Before this school year, a 16-year-old North Carolina high school student was charged with a felony sex offense for an off-campus incident. Earlier this month, another student at the same school was arrested, accused of raping and kidnapping on campus. Cross-town students (from another high school) organized a protest about sexual assaults occurring on or near their campus.

Enter the football season. Students from the first school witnessed one of the accused sex offenders playing during a recent game, wearing a court-ordered electronic tracking device. When several students expressed outrage that the school would permit that student to play, school administrators decided to hold an assembly about the matter.

Still, though, some students didn’t believe that the school was doing enough. So they self-organized a protest, declaring the purpose (in a flyer) about the need to protect “the safety of females in our school” and that (some believe) “the school isn’t taking these allegations seriously.”

Later that day, some students left classes early and held an unauthorized (by the school administration’s definition) protest. School administrators were displeased. One administrator put it this way: “The event (unauthorized protest) was not peaceful or civil. Students who engaged in (a) form of protest that resulted in unsafe actions in the school environment, and (they) displayed complete insubordination of administrative and police directives…and receive(d) consequences.”

The consequences? Upon admitting that they had participated in the unauthorized protest, two female volleyball players were suspended for a game.

What do I make of this situation? Administrators have an obligation to oversee school operations, including making sure laws are followed when problems (like the ones just described) emerge. That means (much to the chagrin of some students and parents) allowing an accused sex offender to play in a football game. We are a nation that supports a charged person with being innocent until proven guilty. However, the school erred in suspending its volleyball players because those students did not believe school administrators were doing enough to secure a safe environment.

One of the administrators’ primary objections about the students’ organizing actions is that the unauthorized protest disrupted the school day. While it did, “that” disruption is nothing compared to the implications associated with why the protest was organized in the first place. Yes, these two young males are innocent until proven guilty, but their continuing presence threatens female students.

One administrator declared to the press that she felt the unauthorized protest was not “civil.” That’s a very odd way of putting it, and it’s another example of what America has been experiencing a lot these days: an institution failing to recognize how it is viewed by those it is entrusted to serve. When constituents/clients/the general public (and in this case, students) feel let down, they often respond (as is their right in a democratic society) to call out institutional intransigence and demand that an institution does better.

Democracy is doomed if institutional/bureaucratic interpretations of ‘civil’ hold sway over ‘civil’ as interpreted broadly (and significantly) as actions taken by the public for the public good. And that’s exactly what these students did in their “unauthorized” protest. 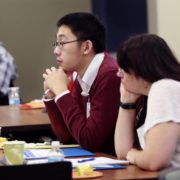 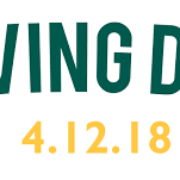 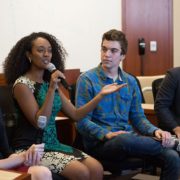 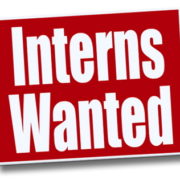