Home
Education
Education Is Compromised When Politicians Get Into the Act

North Carolina’s F.A.C.T. (The Fairness and Accountability in the Classroom for Teachers and Students) is an example. It is about using the classroom “to indoctrinate students.”

Having spent forty years as an educator, I am interested in the 254-page report of North Carolina Lt. Governor Robinson and his committee on indoctrination in our public schools. After reading an editorial about the report, I pulled it up on Google and read it.

The report has many communications from citizens who report supposed examples of indoctrination. Here is one such report:

“My niece was assigned to read the book The Hate U Give by Angie Thomas at Rockingham County High School. She is in the 11th grade. I researched the book and found it highly inappropriate. It is full of vulgar language such as f*** and n***** throughout. It isn’t very objective and anti-cop [sic]. She didn’t want her parents to call the school for fear of being targeted. I am also a teacher in the Rockingham County School system and feel if I speak up, it may cause trouble for me. So, I do not want my name to be shared.”

During my years as a teacher, coach, and administrator, I loathed the anonymous complainer because the complaint was hidden inside a cloud of cowardice. The complainer is free to say or write without hearing an explanation from the teacher or being held accountable for the complaint.

The above complaint from Rockingham County is made even worse because a teacher (we are told) is spreading the anonymous complaint. And, if that is not bad enough, the teacher writes, “I did research on the book and found it highly inappropriate.” A book cannot be found inappropriate without a close reading of it.

I wish the aunt or uncle had read the book and drawn an independent conclusion, then discussed the novel with the niece or even offered to visit her classroom to share his or her views.

However, the novel’s 444 pages may have been a deterrent to close reading. But any teacher should know not to make an anonymous complaint because every teacher has had to deal with those.

The final 22 pages of the report is a section titled “Tweets and Articles.” Its introduction reads:

“This section of the document displays significant social media posts and articles discovered by the Office of Lieutenant Governor Robinson. These tweets and articles are significant due to the blatant use of indoctrination in the classroom by numerous counties, educators, education groups, and superintendents across North Carolina. Numerous educators and support systems for educators relay that they support including indoctrination material in the classroom.”

Well, I don’t know how “the Office of Lieutenant Governor Robinson” discovered these 22 pages of incriminating material since all of it was found on social media. Unless, of course, the use of the report of “discovered” is like its use of anonymous or anecdotal sources—loose and sloppy academic work with an agenda designed not to improve North Carolina’s classroom instruction, but to unnecessarily flame fear. Furthermore, a tweet or whatever material on social media is not the most reliable source for needed documentation. In fact, even the posts from school systems of the state do not support indoctrination. They only show one view, if accurate, of many.

I do not doubt that some of the complaints have a basis of truth. However, without asking the important question of a teacher, “Why do you require your students to read The Hate U Give? No concerned parent, relative, educator, or citizen will ever know the entire reason. Through a discussion of what and how education occurs in a classroom, any concerned adult will find explanations.

Some of those explanations may shed light while others do not, and those latter ones bear more discussion. But nothing is resolved by the anonymous complaint. I have not read The Hate U Give, but if the 11th grade Rockingham County teacher who assigned it asked me for my opinion, I would think hard about requiring 11th graders to read any novel of 444 pages.

This and many more questions about student time and interest need to be answered for such an assignment. That type of discussion with a teacher could help their students and the teacher, too. Oh, and the language of the book deserves discussion.

The F.A.C.T.S. report would not pass if it were turned in as a paper to me. I would write on its cover sheet, “Too anecdotal.”

Then, in conference with the writer, I would explain that cited sources are needed for any serious academic paper.

After all, anonymous is a near cousin of gossip. 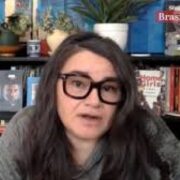 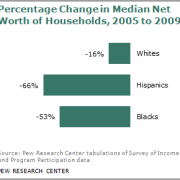 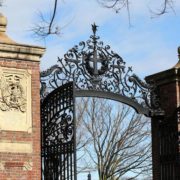 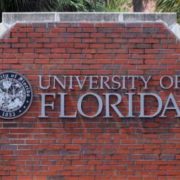