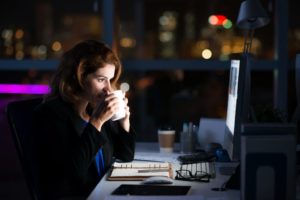 In theory, the academy is an institution of research and learning intended to advance human knowledge and educate citizens. In practice, however, the academy appears evermore as a site of prospecting, or a source of raw material for aggressive forms of neoliberal mining and extraction.

Through various speculative and extractive behaviors, academic practice is increasingly managed and shaped by internal and external forces as a means of “optimizing” academic activities and making them more efficient in order to cut costs and maximize revenue.

As is well documented in the growing literature of critical university studies, this prospecting is manifest in the adjunctification of academic labor, the rise of administration, the continuous increase of student tuition, and the perpetuation of the student debt crisis that has engulfed the United States.

We can also see prospecting in the ruthless capture and privatization of scholarly research by scholarly publishers at the cost of public access to research that the public has in fact already paid for. Prospecting is also at play in the academy’s collision course with surveillance/platform/cognitive capitalism: the university’s intellectual products have been transformed into valuable data to be mined, packaged, sold, and ultimately controlled by IT and ed tech capitalists in their pursuit of profit.

Though these extractive and neoliberal processes are not unique to the academy, their presence in institutions dedicated to learning has implications for academic subjectivities and the institutions themselves.

Building on the work of past Accelerated Academy symposia, the 7th edition proposes the concept of “prospecting” as a productive tool to think through the future of academic life, labor, and outcomes. Prospecting as a concept may help us broaden the discourses about academia and spotlight the different economic interests, technical assemblages, and affective regimes that shape its activities.

We are also, however, committed to the challenge of identifying prospects of autonomy and liberation that are still within the academy despite its compromised state. Thinking through the strategies that academics might use to better take advantage of them.

We encourage contributors to consider the various material and social connotations carried by the term “prospecting,” the way it might help us develop a robust analysis of life in the accelerated academy, and the high stakes of our contemporary moment.

• Prospecting as it relates to the extractive behaviors characteristic of the accelerated and platformized academy, including the extractive data capture of students and faculty through educational and workflow technologies.

• Prospecting as an extractive colonial appropriation of land and of bodies within academe (and the uneven distribution of the consequences of this behavior across race, gender, and class lines).

• Prospecting as extractive ecological behaviors by academia (ranging from the harvesting of minerals to produce the technologies on which our academic infrastructure is built to academic travel).

• Prospecting in terms of university real-estate speculation and acquisition, campus development, the increase in satellite campuses of major western universities overseas (particularly in the middle and far east), as well as the growth of extension and continuing-ed programs.

• Liberatory/radical prospecting, or the ways that we, as the academic community, can work towards reclaiming the academy for social justice and the public good. This ethos is embodied in works like Stefano Harney and Fred Moten’s “The Undercommons,” Kathleen Fitzpatrick’s “Generous Thinking,” la paperson’s “A Third University is Possible,” Cathy Davidson’s “The New Education,” and Christopher Newfield’s “The Great Mistake.”

We welcome contributions (ranging from paper presentations to artistic projects, hands-on sessions, projections, tours, etc) from anyone who is interested in and passionate about these topics. We will also do our best to accommodate remote presentations/projects via video conferencing or other possibilities.