Home
Higher Ed
College Sports Has a Shadow Side

Not far from the crowds, cheers, and all of the excitement that goes along with major college sports, there’s something else–a college sports industry that’s becoming increasingly difficult to reconcile with its host, namely, higher education.

How did major college sports get a shadow side?  To answer, I’ll draw from three fields–sports journalism (no surprise there), sociology (ok, I get that, too), and music (ah, perhaps not what you’d expect).

But here’s the thing that anybody living outside of Sleepy Hollow knows. Despite the issues just described, it’s the non-revenue sports (not the revenue-producing sports) that are at risk–big-time risk–including being eliminated. And just that (elimination) is happening at schools around the country.

Why is that happening? That’s where sociology comes into the picture, specifically in terms of a concept that many undergraduates learn in Sociology 101. It’s called goal displacement.

Goal displacement happens when other interests displace original interests and mission. Over the past four or so decades, that’s exactly what has happened to collegiate sports at America’s major-level, sports-playing universities. It happened a little bit initially, and it has gotten to a lot now.

Even Walter Byers, the NCAA exec who ushered college sports into the ‘big-time sports’ era, called it out after witnessing how the system was evolving. What was Byers concerned about? It was how money was driving the system, privileging football and men’s basketball (where the money is) and pushing aside other sports (non-revenue sports), including Olympic sports, because they don’t generate revenues and ‘the buzz.’ To put it simply, he observed college sports becoming an industry.

Today, schools compete ferociously in the world where money and media drive the system, and marketing/branding mavens abound. And while the NCAA promises that reform is on the way, it either doesn’t happen or, if it does, it’s ‘reform’ you’d expect from an unregulated industry where insiders want to keep business pretty much the way it is.

In the world I’ve just described, non-revenue sports are situated in the aisles at the back of the store, featured only when times are right.

I’ve noticed three of those times: when a non-revenue team wins a championship (winning almost matches money in importance), when athletes do really well academically (hint: It’s likely to be women’s golfers, not offensive linemen), and when an athlete makes an Olympic team (sure to make headline news).

But the problem with focusing on money is that, well, there’s never enough of it. In fact, even though the system is generating more and more money, there’s a constant struggle to stay in the black. Only a handful of major schools finish each year on the black based on athletic revenues. Others need non-athletic help to balance the books. Here’s how they get it.

For about five years, I’ve analyzed college sports revenue/spending data provided annually by USA Today (for major public institutions only, about 250 schools), and I’ve found a consistent pattern in the data–overall revenues always increase and schools spend just about every penny they take in. It’s about securing more and more money, and it’s about spending more and more money…billions worth, $11 billion nationwide in the last analysis I conducted.

Furthermore, the lion’s share of the non-brand name schools that play major college sports (and there are a ton of them, Akron and Middle Tennessee are two examples) can’t make ends meet without supplementing athletic revenues with funds from the school’s general funds and/or charging student athletic fees.

Those budget supplements, called subsidies, are added to the athletics budget’s revenue side and spent just like money from gate receipts. That reality blows the myth (propagated intentionally) that revenue-generating sports pay the bills for the non-revenue sports. At many schools, football can’t pay for itself without getting help from non-athletic sources.In my last analysis, I found that the median subsidy percentage nationally (230 major public universities) was about 70% of athletic revenues. For example, in my home state of Michigan, subsidies were <1% of the total budget at the University of Michigan and Michigan State University, respectively, but that was a far cry from what was happening at Michigan’s four other public, major sports-playing universities–Eastern MI, Central MI, Western MI, and Oakland U. The lowest subsidy percent at those four schools was 68% of total revenues, and the four-school subsidy aggregate total was $92 million in just one year, 2017-18.

What’s more, the State of Michigan isn’t an outlier. I found the same pattern in four other states–Florida, Virginia, Ohio, and California.

It’s just one reason why state legislatures and Congress have taken an interest in passing legislation regarding college sports.

That said, the most interesting thing to me about the shadow side of college sports is what I call ‘the resounding silence.’ Silence from whom? The fans. While there are pockets of ‘fan-activists’ nationally (I’m in one), there isn’t anything close to a groundswell of national interest in reforming college sports.

Why is that? To answer, I consulted Cole Porter. Cole wasn’t only a brilliant songwriter; he was an addict–not in just one domain, but several–and he wrote lyrics about addiction.

I believe that, just like Cole Porter, we (fans) are addicted, too. Our addiction is football and men’s basketball. Because of that, we don’t want anything to mess with our fix. Porter offers insights into why….

But each time I do (that is, think about giving up the addiction), just the thought of you  (Wow! He’s a 5-star point guard!)

Makes me stop before I begin (Oh, if only we can sign him! NCAA championship!)

‘Cause I’ve got you under my skin. (Including my wallet, like the $3k I just dropped on lower-bowl seats).

(From “I’ve Got You Under My Skin,” introduced in the film, Born to Dance (Metro-Goldwyn-Mayer), 1936.  Words and music by Cole Porter.)

In the roaring traffics boom (That damn traffic jam on the way to the BIG football game….)

In the silence of my lonely room (Shit! It’s 2 a.m and live TV games are done.)

I think of you night and day. (…Oh, well. There’s always the morning sports column…)

From “Night and Day,” introduced in the film of the same name (Warner Brothers), 1946. Words and music by Cole Porter.

We’re hooked. We can’t live without the games, the teams, the players, the excitement, and all that goes with it. And it’s a potent addiction, too. It’s about Alma Mater and the strong personal identity connection that goes with affiliation. (Just try NOT watching a game when your favorite college team is on TV. It’s hard staying away)

But like any addiction, there’s a dark side, too. Things get turned upside-down.

High graduation rates? (Well, that would be nice, but….)

Why another facility upgrade? (Attract players, of course. It’s an arm’s race.)

Clear thinking is a challenge. Good decisions become bad decisions. And people get hurt. That’s because, with an addiction, there’s an invariable pattern–normal becomes abnormal, and abnormal soon becomes the way things are.

There’s one preeminent goal in major college sports: winning and doing what it takes to win in sports that truly matter. The other stuff? Yeah, well, I guess, we’ll try, we’ll talk a good game, for sure. But when push comes to shove,. you know what gets pushed (football) and what gets shoved. Women’s tennis … really?

Cause I’ve got you under my skin

But even Porter knew the score: “Use your mentality, wake up to reality.” 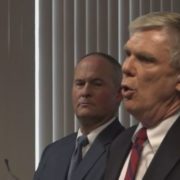 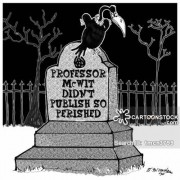 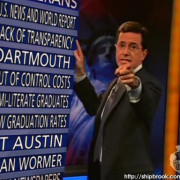