Home
Higher Ed
PERSPECTIVES: In Responding to COVID-19, We Need to be Mindful of “The Culture of the Hallways”

“Posting a list of requirements or expectations for student behavior, plastering the list around campus, and sending emails to parents may be useful, but it’s unlikely to challenge ‘The Culture of the Hallways.”

Every school has what I call the Culture of the Hallways, that is, a set of attitudes and behaviors that guide what happens when authority figures aren’t present. That’s when students are in control, and student-defined norms prevail. All schools at all levels have ‘cultures of the hallways.’

My career in education spanned 40 years, from 1968-2008. I began teaching during the last efforts to thwart the Brown vs. Board Supreme Court Decision to integrate public schools. It ended working to make independent schools more reflective of society … AKA ‘, not all White and wealthy.’

I experienced the joy of being a part of creating a more diverse, welcoming, and safe environment, and we (administrators, teachers, and parents, that is) worked together to confront the challenges of race, gender, class, sexuality, and more. We knew that not all persons in our communities would change, but we also knew that some would. That made the effort worthwhile.

Back then is no different from today. With COVID-19, school officials (from university presidents to principals and teachers across the board) can mandate that students do this or that (for individual and collective safety). Still, mandates aren’t likely to change ‘the culture of the hallways.” That’s because students own that culture. It’s extensive, too, existing well beyond where students learn and live. It exists at parties, on beaches, and wherever students gather and associate.

And authorities have less influence on that culture as students progress in their educational careers. By the time students enter college, the emphasis is on learning skills and getting a job. University may indeed function in loco parentis, but not in the way that many parents would act and would prefer.

We often see this in lower education, but in higher ed–not so much.

How can colleges and universities build a culture of shared living where students realize, accept, endorse, and enforce responsibility for living in shared spaces? While many of us know that’s a fundamental question, most of us recognize that higher education offers uneven answers in response.

Posting a list of requirements or expectations for student behavior and plastering that list around campus may be useful–and sending emails home to parents can help, too. But those actions are unlikely to change the culture of the hallways when what’s said runs contrary to that culture.

So here’s an extraordinary and radical idea: students need to come to conclusions about what’s on that list. And if you accept what I’ve asserted to be reasonable, then let’s also conclude that the list won’t just include items that represent ‘doing what’s right for the common good.’ If we’re frank and accept reality, then it will also include self-serving items, that is, of “What’s in it for me?” Put another way, why would we expect students to be different from the rest of us?

One pathway to what I’m proposing involves thoughtful conversations–an approach that takes shared leadership, student engagement, and time–three things that administrators don’t always value. There’s another thing, too. Authority figures need to listen to and then pay heed to what students are saying. Some of what will be said–if said candidly and truthfully–won’t be easy on the ears. That’s because students will talk about how well (and how not so well) authorities are doing. 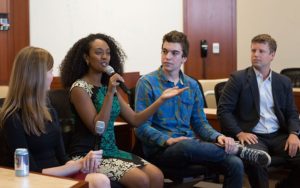 From experience, I can predict that students will talk about the incidents they’ve experienced. Some will be good, others bad, and a few will be regrettable. At issue isn’t one story or another story but whether a pattern emerges. Patterns are telling, not just for authorities like us, but for the students, as well. What I’ve often heard is students responding, “I didn’t know that.” “I didn’t realize things were that bad.” “We can do here what students are doing there.”

I’ll predict that what I’ve written here won’t be heeded–at least among those who aren’t already inclined in that direction. It will be viewed as a countercultural approach. It’s easier to mandate rules administratively than to support civil discourse at the grassroots about issues that matter.

The administrative approach is called ‘leadership,’ while the method of engaging people is considered ‘soft’ and a ‘waste of time.’

But in this time of epochal change, it might be a good idea to retire some of our old ways and consider adopting something new … that is, if we’re serious about wanting to influence ‘the culture of the hallways.’

Frank A. Fear contributed to this article. 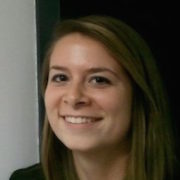 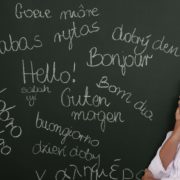 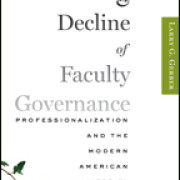 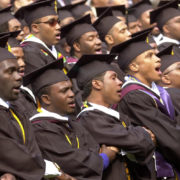