With the sentencing of Larry Nassar for crimes of sexual assault while he was an MSU physician and faculty member, public attention has turned to the University’s role in this scandal and to its responsibilities moving forward. After the resignations of President Lou Anna Simon and Athletic Director Mark Hollis, the Board of Trustees acted quickly and out of the public eye to appoint former Governor John Engler as interim president – an evident and perhaps desperate attempt at damage control. Some faculty members have protested the process that led to this appointment. Many question Engler’s qualifications either for running a university or for responding to issues of sexual violence. Faculty have challenged their exclusion from discussions about how the University should proceed and they have renewed a long-standing call for a stronger voice in university shared governance. However, though the issue of the faculty’s role in governance is of ongoing importance, one can wonder whether it is particularly relevant to the context of the Nassar scandal.

The University faces two kinds of questions. The first is about the crimes themselves: how could they have happened, and how can we ensure that something similar won’t happen again? The second concerns the institutional politics and public perception of a university now stigmatized by comparisons to Penn State and its cover-up of sexual assaults. The Board seems preoccupied with this second group of questions. The university community is, at best, just beginning to address the first. Can reasserting the role of faculty in university governance contribute to confronting any of these matters?

The scandal is one of those shocks to established routines that can prompt us to look freshly at our world. The charge of enabling a sexual predator does not sit well with our sense of MSU as a caring environment, as an institution that can keep its students secure. What are we to make of MSU’s failure over a period of years to respond adequately to what now we see as a sustained pattern of sexual abuse carried out by a faculty member who was long a respected, even beloved physician, both locally and in the wider world of sports medicine?

Even in the present context of challenges to sexual violence, this is an unusual case, with its mix of medical therapy and sexual aggression. So far as we know, there was not an institutional cover-up of known wrong-doing, but rather a failure to respond sensitively or promptly to questions and complaints expressed by Nassar’s patients. The victims were for the most part disregarded and their concerns were minimized by administrators and faculty. MSU was not alone in this as other sports institutions and local law enforcement responded in a similar way. Even some of the victims and their families did not at first recognize the kind of violence that was taking place. None of this mitigates the harms done or the importance of the issues and the need for a serious response by the University. But it does reflect the difficulties of assessing the conditions that made these crimes possible and of finding effective ways to respond.

Though the specifics of these crimes are somewhat unusual, much of what transpired in their wake is not. As in other recent controversies over sexual violence, this case exhibits a familiar pattern of looking the other way. As is so often the case, the first impulse of university officials was to give the benefit of the doubt to a physician, a colleague, a faculty member, a sports medicine star. The Administration’s stumbling response to the crisis seems shaped by prioritizing institutional interests over individual students and patients. But these interests are debatable in a context marked by big-money college sports, corporate and state influence on research, the uncritical celebration of technological change, and the promotion of the institution through mass media branding.

How should faculty respond? This takes us back to the issue of governance insofar as it depends on the faculty’s capacity to influence what the University does next. In fact, there are many available opportunities for faculty initiative at different levels in the institutional structure.1 University, college, and unit bylaws specify committees and deliberative bodies in which faculty can offer critical analysis, introduce proposals, and promote discussion of aspects of these issues. To be sure, the formally recognized powers of the faculty are limited, as one can infer from the Bylaw language that describes, depending on context, faculty powers as “consultation,” “advice,” “shared responsibility” and “delegated authority.”2 Even in matters of curriculum, faculty do not have the last word. And their influence on the Board is clear enough from the way interim leaders have been chosen recently. But such limits on faculty power do not block the potential of faculty to influence the agenda of governing bodies, to push the discussion of issues that would otherwise be ignored, or to create pressure on administrators and trustees to act in ways they would otherwise avoid.

Of course, it is important to challenge ways the faculty’s role is minimized (and to keep in mind the possible role of other groups on campus who are far more disenfranchised). But in the present context, this challenge may best flow from active engagement in those places where participation is already mandated. Failing to participate actively there is to concede institutional direction to administrators and the Board. By assuming a vocal leadership in debate, faculty could promote a fruitful discussion of the present crisis and at the same time shine a light on what can and cannot be done in the present governance structure.

What might come of this? One can anticipate proposals for better institutional policies and procedures dealing with possible sexual violence. Perhaps there will be new ways of training and monitoring those whose activity in one way or another touches on these matters. There may be organizational and personnel changes designed to display MSU’s seriousness about making a new start. Of course, there is a reason for skepticism about the substance of what may seem typical bureaucratic responses to an institutional crisis. Such issues as those raised by the Nassar case are not likely to be settled by new rules and procedures alone. Perhaps with this in mind, many now are speaking of the need for a “new culture” at MSU.

Cultural change goes beyond rulemaking to address the assumptions, dispositions, capacities, and values of those who are supposed to take these rules seriously. Partly it’s a matter of people at the University responding better to concerns raised about medical treatment, but that’s one aspect of a bigger need for changes in the ways doctors treat patients and how patients are able to question those who are treating them. We should question the kind of discipline and expectations facing student-athletes as well as the priority given to sports where students are prepared to instrumentalize themselves for competitive achievements that have little to do with higher education. In general, a changed culture could promote more attentive coaches, advisors, and teachers, more assertive and self-confident patients, more informative and responsive specialists, and more discussion of priorities in the University. It would challenge unwarranted deference to authority, passivity in the face of possible harms to others, and a lack of involvement in thinking about existing practices and aims.

The question of the faculty’s role in governance may seem even less central when it comes to issues like these. But there is an important issue of culture here as well. It’s worth recalling that the issue of a faculty voice came up in just these terms a little more than a decade ago at MSU. Then too there was a demand for a stronger role for the faculty in the face of institutional crisis and conflict. This was in response to the Administration’s proposed reorganization of colleges, including shifting a medical college to Grand Rapids. Faculty initiatives led to a document on Faculty Voice3 which then informed some reorganization of the governance system, including changes in representative deliberative bodies and in University committees. Whether it made much real difference is not clear since day-to-day faculty interest in governance does not seem to have increased. The fact remains that governance – sometimes dismissed as “service” or “administration” – has rarely been a priority for MSU faculty. There are many reasons for this, including the demands of teaching and research, the reward structure prevailing within units, and the increasingly entrepreneurial character of the contemporary university. But this lack of participation is a great misfortune, both in light of the historical ideal of the university as a community of scholars capable of self-governance and in view of the needs of a democratic society today.

So one may think that asserting the role of faculty (and others) in university governance also requires a change in culture. While this shouldn’t glibly be equated with the cultural changes needed to confront sexual violence, they do overlap. Many of the assumptions, dispositions, capacities, and values appropriate to the two contexts are the same. Both demand communication skills and attention to the needs and experiences of other individuals; both require recognition of the circumstances and capacities of others and of the possibilities of joint action when things become problematic; and both demand time and energy devoted to understanding the social processes of which one is a part. There are differences: responding to sexual violence raises issues of the University’s responsibilities to students and others who can be vulnerable and lack power in the institution; faculty governance demands interest and attention to the evolution of the institution and the formulation of its priorities. Achieving such cultural changes wouldn’t eliminate the possibility of sexual predators at MSU any more than it would guarantee that faculty will be effective and insightful participants in university affairs. But it would make it far more difficult for such crimes to continue on for years.

Even where they do not overlap, these hypothetical changes in culture all embody concerns proper to the idea of MSU as a “people’s university.” In fact, they help define a kind of democratic ethos for which the danger of harms to vulnerable individuals is one part of taking everyone seriously as potentially contributing to matters of common interest. Bringing in these more general concerns about democracy may seem to divert discussion away from issues raised by the current crisis. But the issue of sexual violence is not exclusively a local issue, and, indeed, resonates on the national level in numerous contexts. One can say the same about the compromised workings of democratic institutions. 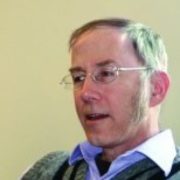 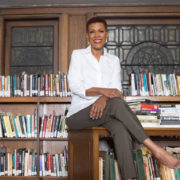 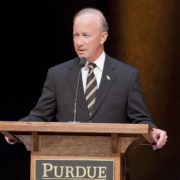