As I look back over the fifty-plus years since that fall of 1968, I thank my mentors for their patience, wisdom, and willingness to share their craft with a young man.

In September 1968, I left my hometown in North Carolina and traveled to Maryland, where I began teaching in a rural county on its Eastern Shore.

Like most recent college graduates, I was eager, and knew I was ready to “change the world.” I had four years of learning behind me that I felt had given me all that was necessary to conquer any hurdle that presented itself. I had, as Mark Twain observed, “the confidence of a Christian holding four aces.”

When I arrived at my assigned junior high school, I was not fazed by the number of students assigned for my two 7th grade classes of Language Arts/Social Studies, my students’ poverty, and all the problems their poverty would present. After all, I had my degree, and one of my sisters had helped me carefully choose a small but versatile wardrobe fitting for a young educator.

Because this was early in the integration of the county’s schools, the tracking system was used. In such a system, students were placed in classes based on academic scores. My two classes of Language Arts/Social Studies were sections 7-14 and 7-4, one the lowest academic class, and the other near the top of the academic ladder. My 7-14 section met in the morning in the main building, and after lunch, 7-4 met in the National Guard Armory directly behind the school.

The fourteen sections’ racial makeup was not surprising—the lower sections were all Black, and the highest sections were White. And in the middle sections, there was some balance between Blacks and Whites. However, as I mentioned, I was ready to take on any education problem and correct it. I do not remember myself as being arrogant, but I was confident.

Many of my sixty-odd students were mired in poverty. Before too long, I learned how to ignore the odor of clothes worn too often without being washed, the breath from a mouth that knew no oral hygiene, or the sour stench of urine. I learned how to smile when I gave my ChapStick to a student who had asked to borrow mine. If returned, I later would drop it into the trash can.

I became accustomed to “loaning” lunch money. I learned to deal with any discipline problems in my room and not send any unruly student to the school office because that short trip would likely result in a black student’s paddling by the white principal or his white assistant. I learned to make two lesson plans for my classes—one that I turned in to the principal and the one that I used in my room. I learned the value of keeping my classroom door closed to the outside world of the school.

An 8th-grade girl that I remember as Joyce taught me a valuable lesson about the influence of parents. One day walking down the main hall, I saw a girl at the water fountain. A substitute teacher called for her to return quickly to class, and the girl said, “I will when I am ready, God ….” I took the girl to the office, and she was suspended. Two days later, I was called to the Guidance Counselor’s office of Mr. Jim Robinson. In his office sat Joyce and a woman with disheveled hair and a loose dress covering her amble frame. I noticed that her shoes were well worn like her dress and did not properly fit her calloused feet.

Mr. Robinson informed me that Joyce would be allowed to return to school as soon as she apologized to me. The four of us sat in the small office, and Mr. Robinson gently told Joyce to apologize to me so that she could return to school, but she just sat looking down at the floor. Mr. Robinson repeated his request a few times with the same result. Finally, Joyce’s mother reached across the sofa they shared, shook her daughter, and said, “God…., Joyce, apologize to this man.”  I looked to Mr. Robinson and said, “I accept Joyce’s apology,” and walked out—never to forget that lesson.

Before September was over, I became aware that, although I had the knowledge and skills to offer my students and fellow educators, they had offerings that I needed to accept willingly and with grace. One student named Jerry began calling me only by my last name, but he pronounced it as “Baabe.” However, he said it with affection and respect, so I went with it. I became aware that the more I gave my students, especially the less gifted ones, the more they gave me. The words of my Granny Susie resonated in my ears: “Sugar draws more flies than vinegar,” and I learned that for many of my students, kindness was the most important thing I had to offer them. English and social studies could follow.

Four of my colleagues took me under their care and guided me in how to teach and sometimes more. Irvin and his wife Doris, both teachers a bit older than I, fed me good meals since a young single man would not cook or eat healthy. They also offered me social outlets with their friends, and they tolerated my immature actions by always being a safe harbor where I could lick the wounds that only a young man could inflict on himself.

Frank taught me how to live and enjoy each day as if it were a song or other gift involving music. He was, after all, a music teacher. His attitude concerning life was not trivial, he was old enough to be my father, but he had learned that most events in life were not to be taken too seriously. Fred, too, was old enough to be my father, and he had a “lazy eye” that took me some time to become accustomed to. A large, imposing man, he was an assistant principal, but his office was down the main hallway away from the main office. He taught me how to navigate a school politically and how to avoid conflicts with the administration. He was wise in the way of schools and men. He shared with me all the wisdom of his that I could absorb.

But Jim Robinson, the guidance counselor, taught me the biggest lesson of all. Somewhere in my early months, and for some unknown reason, I began carrying a yardstick. I would use it as a pointer to the chalkboard, tap it on the floor to gain the attention of my students, lean on it when stressing a point or correcting a student’s behavior, or carry it in my hand as if it were a sword and I a young officer. I don’t remember how long I carried the yardstick, but I will never forget Jim Robinson asking me to come into his office one day during my free period.

After we had settled, Jim asked me about the yardstick and why I carried it. I gave him the best reasons that I could, some of which I have mentioned. He then went on to tell me that my 7-14 students, the ones who had a class with me in the main building, came from impoverished homes. I told him that I was aware of that, but what was his point. He then explained how the poverty of their homes meant that their parents were usually uneducated, frustrated by their life circumstances, and sometimes heavy drinkers. He explained that many of the fathers and some mothers were crude and that my students had grown up in brutal environments.

Parents like these, he went on to explain, thought little of beating one of my students with a limb or stick or hand. For so many of my students, he said, life at home could be mean, and often the safest place for them was school. I asked Jim what that had to do with me, and he looked at me and said, “The yardstick, Roger. Your students see it as a weapon in your hand. It will make them fear you.”

Stunned, I sat for quite a while with Jim in his office, and having taken in all his words and their importance, I thanked him and went to my classroom down the hall and put the yardstick in the room closet. Then Jim surprised me again when he came into my room a few days later and thanked me for listening and explained that our conversation was rare in his experience.

In The Odyssey, the young Telemakhos, the son of Odysseus, has Mentor, a comrade of his father, to guide him. I, too, had my Mentors, who were Black, and they took a young, idealistic white man in their care and worked to help him understand things about living and teaching. And as I look back over the fifty-plus years since that fall of 1968, I thank them for their patience, wisdom, and willingness to share their craft with a young man.

They taught me much, but most of all, they taught me, as we say in teaching literature, the point-of-view–to see every “yardstick” through the eyes of a child.

Thank you, Irvin and Doris, Frank, Fred, and Jim. 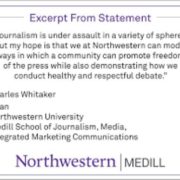 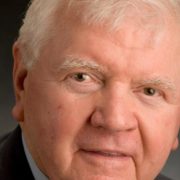 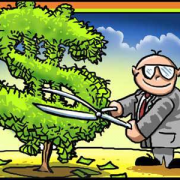 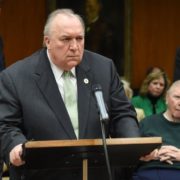