At major colleges a Black male is 13x more likely than a White male to be on football & basketball scholarship.

“That should be distressing enough. And yet that figure swells dramatically at schools that had a football or basketball team in the Associated Press’s Top 25 rankings in mid-November — to 32 times more likely. Schools where an African-American was more than 50 times more likely to run the ball and risk brain damage, or dunk the ball and ring up the cash register for the dear ol’ university were University of Southern California, Utah, Florida State, Ohio State, and Gonzaga.

Only 1 out of every 168 white men is a scholarship football or basketball player across Division 1. At Wisconsin, Stanford, and Kansas, to name a few, that ratio for black men is 1 in 7. At Vanderbilt and Duke, 1 in 5. At Oregon, Gonzaga, and Notre Dame, 1 in 4. At Villanova and Texas Christian, it is 1 in 3, and at Utah, every other black male is a scholarship football or basketball player.

Such ratios are an indictment against universities — many use black athletes up and spit them out without degrees. Even when the black athletes do graduate, colleges still send a negative underlying message that black men are only worth educating if they can also play ball. The American university thus remains one of the biggest agents in maintaining stereotypes that say ordinary black men can’t think.” 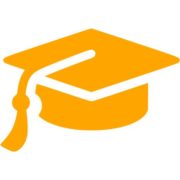 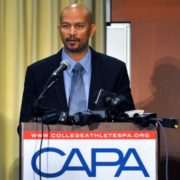 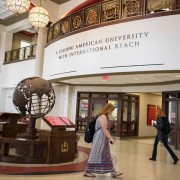 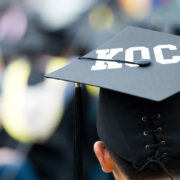