The argument, always, is that the public sector needs to pay executives competitively. Ok. Then let’s have the sector adjust competitively so that top people don’t receive unrealistic and indefensible salaries.

In the past week, the Lansing State Journal published two articles on different subjects that point to the same flawed practice within public institutions–plus the Nov. 24 editorial highlighting the problem with the contract for the recently departed Lansing Airport director. Mr. Sieloff walked away with “nearly $130,000,” which was almost equal to his full-year salary of $155,772. Also this week, the sports section noted that  MSU’s football coach will get an extra $4.3 million if he remains head coach into January.

Who writes and approves these ridiculous and outrageous contracts–especially for public institutions like an airport and a university?

While one may make an argument that bonuses and special perks might be defensible in the private sector, they certainly don’t belong in public service. The median household income in the U.S. is $63,179 (2017). That means that fifty percent of the families in the US make more and fifty percent make less. This is the combined income of two married adults, not just one.

Sieloff, without his partner, was already making more than twice the median, and Coach Dantonio was raking in more than 68 times the household income without any assistance from his life partner. 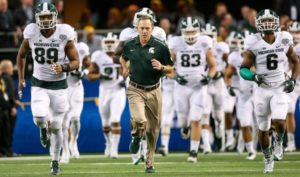 Why have we allowed public salaries and perks of public servants to get so out of hand? I assume that Mr. Dantonio loves what he does. How fortunate that he gets to do what he loves. I’m not opposed to someone making more than the median income. But there must be limits. The governor of our state gets $159,300, about the same as the airport director, while Dantonio makes more than 26 times the governor’s salary. As far as I know, a governor doesn’t receive a buy-out equivalent to a year’s salary if she/he loses their position. Why should public servants be given these entitlements that are not available to other mortal humans?

It’s time for honest discussions and debates about capping public salaries and eliminating special perks and golden parachutes. If one can’t manage to live comfortably with even twice the median household income from one member of their household, perhaps they should reconsider public service work. State legislators who make $71,685 might write laws that tie maximum compensation for any public institution to some ratio tied to the median household income.

If someone prefers greater income to serve the community they live in, then let them head off to the commercial sector, which Tom Izzo toyed with a few years back. I offer Izzo and Dantonio as examples as USA Today found a few years ago that college coaches were consistently the highest-paid public employees (in 39 of the 50 states).

Better yet, let’s look seriously at the Mondragon Corporation’s compensation approach. This corporation of worker-owned cooperatives in Spain totals about 75,000 employees. Mondragon’s maximum ratio is 9:1. But that ratio is not from highest to the MEDIAN paid employee, it’s between the highest and the LOWEST paid employee.

Mondragon continues to grow in both profitability and size since its founding in 1955. Since MSU’s lowest-paid full-time employee is probably nearer $30,000, maximum salaries at MSU would be capped near $270,000. There might be 100 or so employees currently at MSU who would be forced to take a pay cut, but I’m sure they could subsist on this. The nice kicker is, if MSU used the savings to bring up the workers at the bottom, the top could get a raise, too. 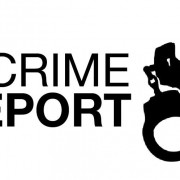 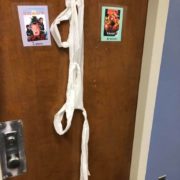 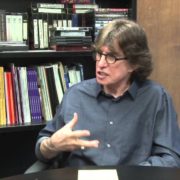 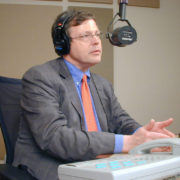