Withdrawn is the Center’s power to sue. Read more from Law.Com.

University leaders on Friday voted to strip the Center for Civil Rights at the University of North Carolina School of Law of its ability to litigate cases.

The move caps a months-long fight between the predominately Republican board of governors for the University of North Carolina and supporters of the center, who say the board’s push was motivated by politics.

Proponents of the litigation ban said that it was inappropriate for a public university entity to sue local governments when taxpayers must foot the bill and that the scope of its work fell outside the university’s mission. Those who opposed the ban argued that litigation is a key resource in the fight for civil rights and that the center’s work is a public service and helps educate future lawyers.

It’s the second time in two years that the UNC board of governors has taken aim at a law school center. That body in 2015 voted to defund the school’s Center on Poverty, Work, and Opportunity.

With Friday’s vote, the board banned all centers within the university system from engaging in litigation, although the law school’s Center for Civil Rights is the only one that currently brings cases in court. Law clinics are exempt from the ban.

The center has sued a southeast North Carolina county to stop a landfill being built in a low-income neighborhood and sued an eastern North Carolina school district alleging segregation, among other matters.

The center, which operates exclusively on private money and does not receive state funding, conducts research on civil rights issues, performs community outreach and education, and brings litigation on behalf of clients who are often low-income or minorities. It employs three attorneys but does not house a traditional law clinic. It hires law students as summer interns, who assist in research and on lawsuits. Reconfiguring the center as a law clinic exempt from the ban would be costly, administrators have said.

It’s unclear what the new ban means for the future of the center, which was founded in 2011 by the late North Carolina civil rights attorney Julius Chambers.

Carol Folt, Chancellor of the University of North Carolina at Chapel Hill, wrote in a July letter to the board that the ban would likely force the closure of the center. Both Holt and law dean Martin Brinkley opposed the litigation ban.

However, attorneys with the center on Friday told a crowd of supporters outside the board of governors meeting that they would carry on, and they asked for donations.

Center managing attorney Mark Dorosin spoke out against the ban at Friday’s meeting, according to a report from the Raleigh, N.C.-based News & Observer. Dorosin said the board cannot claim to support civil rights while shutting the center down, before he was silenced for speaking out of order, according to the News & Observer.

The proposed ban generated a wide array of opposition. More than 600 law professors from across the country wrote to the Board of Governors in July to warn that any ban would impinge of academic freedom and tarnish the university’s image. Center supported marched across campus Thursday and loudly protested outside of Friday’s meeting.

Friday’s vote was not unexpected. A board of governors committee on Aug. 1 recommended adoption on the litigation ban, although center supporters had hoped the full board would reverse course and allow the center to remain in its current form. 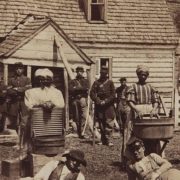 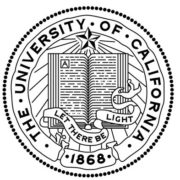 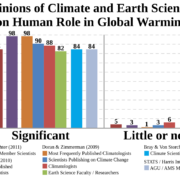