Home
MSU
PERSPECTIVES: The Company You Keep, “The UnBranded University”

Universities weren’t branded and marketed to the public in the 1950s. They were “unbranded” in the business sense. And perhaps there’s no better example of that distinction than a speech given by Michigan State president, John Hannah, in December 1953 at a Big Ten Club dinner in Los Angeles. The Spartans were in town as representatives of The Western Conference (Big Ten) to play UCLA in The Rose Bowl. What distinguishes Hannah’s speech is that most of his text focuses on describing accomplishments of the other Big Ten schools. He talks about Michigan State, but only at the very end of the talk.  And what he relays during the speech is factual. He refrains from using shallow, debatable imagery, which is so common in today’s collegiate depictions. (Note: Thank you, Dr. Marti Hesse, for sharing the text of this speech.)

I am happy for this opportunity to express the sincere appreciation of everyone in the Michigan State College party – team, coaches, officials, and faculty – for the warm and generous hospitality extended to us by the people of Southern California.

All of us have always been proud of the fact that Michigan State College is known for its friendliness’ I am frank to admit that nothing we have ever done to contribute to the enjoyment of visitors to our campus can surpass what has been done for us who are visitors in the Los Angeles area.  The Tournament of Roses Association, the people of Pasadena, the newspaper writers, the motion picture, radio and television industries – everyone seems determined to make this an experience never to be forgotten by those of us who follow the fortunes of the Spartans.  No matter what the outcome of the game on Friday – Michigan State College will definitely have been the winner from this experience.

The press has failed to mention one of the most significant of the activities in connection with the Tournament of Roses, possibly more important from the long-range viewpoint than the football game itself.  That was the meeting on the UCLA campus of student leaders representing both UCLA and Michigan State.  The UCLA students were gracious hosts to a score or more of our students at luncheon and on a visit to their campus.  I wish more such meetings could be encouraged as one means of giving greater emphasis to the non-athletic aspects of this annual contest between students representing two universities from two great conferences.

Much of this aura of friendliness is due to the year-in, year-out efforts of you members of the Big Ten Club of Southern California.  We of Michigan State are the fortunate beneficiaries this year of your hard work.  Nothing could be more gratifying to those of us whose loyalties lie in East Lansing than the fact that our alumni have been accepted as full-fledged members of the Big Ten Club, and the demonstration this evening that you are united in support of Michigan State, the junior member of this fine partnership.  So on behalf of everyone associated with Michigan State College, let me say “thank you” with the deepest sincerity.

We are proud of our football team, of Coach Munn and his assistants, for the magnificent record they have made.  They have been not only champion players and coaches – they have been gentlemen in victory and defeat, fine representatives of the college whose colors they wear.  We expect to be proud of them on New Year’s Day, and I am confident that they will give you ample reason to be proud of them as representatives of the Big Ten in competition with the great UCLA team, representing the Pacific Coast.

The presidents of the universities making up the membership of the Western and Pacific conferences have met on several occasions since the football agreement has been in effect. We talk about many things besides football at those sessions, and it will be no surprise to you to know that our viewpoints and standards and educational philosophies coincide closely.

This evening is not the occasion to discuss educational matters, but it does seem reasonable to reflect for a moment in the midst of all this talk of football and recognize that the players who represent the Big Ten in the Rose Bowl once each year are first of all young men in search of the training to fit them to live useful and satisfying lives when their college years are over.  You alumni of the Big Ten take in the educational achievements of the universities from which you took your degrees.

For educational leadership and social influence upon our country, no single group of universities can match the combined record of the universities making up the Western Conference.  They are the Big Ten in far more than athletic competition, and it is well for our country that this is so.

In support of that claim, let me remind you of some of just a few of the contributions this group of universities has made to the improvement of our way of life.  I could not hope to list them all were I given many times my allotted period at the microphone tonight, so I ask you to excuse me if I omit evidence which might have been cited as well as the examples I have chosen.

Of Wisconsin, first to offer college credit for correspondence courses, most successful in solving the problems of turning profits growing out of university research back into more research in behalf of society, pioneer in extending university services to an entire state;

Of Indiana, the “Mother of College Presidents,” with 102 of her graduates at last count having headed colleges and universities at home and abroad, pioneer in the counseling and guidance of students, one of the first to introduce the elective curriculum system, having the oldest law school in the Middle West;

Of Michigan, firs t to admit students upon presentation of high school diplomas without an entrance examination, pioneer in professional education, first among the state universities in the number of graduates listed in Who’s Who, first to appoint a full-time professor of the science and art of teaching.

Of Minnesota, pioneer in general education, in continuation education, in the recovery of iron from the low-grade ore called “taconite”, in development of rust-free wheat and oats, thereby affecting the productivity of the North American prairies from Mexico to upper Canada.

Of Ohio State, first to establish a department of ceramic engineering, a university whose graduates developed such things as nylon and cellophane, the iceless refrigerator, and the modern diesel engine, and on the campus of which was developed the use of radio-active cobalt 60 for the treatment of cancer;

Of Purdue, where pioneering discoveries in television were made many years ago, and where the basic patents in telecasting taken, where the values of protein supplements to poultry feeds were first demonstrated, where methods of determining soil types from aerial photographs were first worked out;

Of Iowa, with the oldest law school west of the Mississippi and a distinctive inter-faith School of Religion, distinguished for its School of Fine Arts, and for the work of its Institute of Hydraulics Research, birthplace of speech pathology, pioneer in educational television;

And finally, of my own university, Michigan State, where agriculture was first taught for college credit in a degree program, the college which was the forerunner of the great land-grant college system we know today, where some of the earliest work in hybridization of corn was done, where so much of significance is being done today in plant-growth regulators and inhibitors, where college housing for students has been provided on a scale never equaled elsewhere, where we are very proud of our ambitious program in continuing education, police administration, and hotel administration’ and where we train more teachers than any other university in the Middle West.  We are proud to sponsor universities in such far-away places as Okinawa, and Colombia in South American, and of course I would like to say much more about of fine university of which all of us are very proud – of our engineering and business administration programs, and all the rest.

This is an inadequate summary of the pioneering efforts of our Big Ten universities at best, but still sufficient to serve as the basis of a challenge to any other group of universities to match what these Middle Western universities have done to repay the investments in their establishment and operation, and to justify the faith of those who brought them into being.  Their contributions in many important fields have earned the eternal gratitude and support of the American people.

So, I ask that when this team runs out on the field in the Rose Bowl on New Year’s Day, and the cheers go up to be echoed back by the mountains, you see them not as athletes along, but as representatives of a great group of universities.  Think of the lives enriched, the pain spared, the labor saved, the great good done by these universities in the decades of their existence.  Then your cheers for the team will be louder, your gratitude the deeper for the privilege of living in a country where such events can be, and your determination will be stronger that nothing shall be permitted to destroy the precious thing we have created in this country with the help of a good and gracious God. 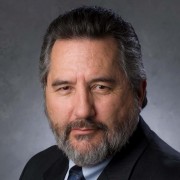 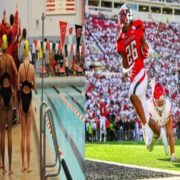 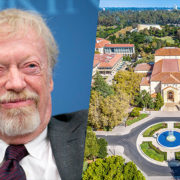 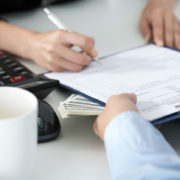