At least since the 1980s, as with other social institutions, public higher education has felt the impact of a conservative movement understood broadly as neoliberalism. As a normative model, neoliberalism promotes radical individualism, limited government, fiscal restraint, and a social order based on market principles. While volumes have been written on the implications of neoliberal policies and practices on society in general, there is a paucity of research on the apparent paradigm shift within many if not most institutions of higher learning in the United States. In March, 2015 we hosted a conference on “Neoliberalism and Public Higher Education” in East Lansing, Michigan to begin to fill this void, not only identifying issues and impacts, but also exploring means by which to respond intelligently and constructively to this transformation.

The manifestation of neoliberalism in higher education is but a facet of a broader movement in the global political economy wherein government is framed as a problem and the dynamics of the market are lauded as virtues. Success is measured by efficiency, often to the exclusion of distributional equity and other public good considerations. Neoliberal influences can be found across international and national policies related to trade, labor, and government finance, and is central to the privatization of services traditionally provided by public entities. Widespread anti-tax and austerity initiatives have reduced funding support for social programs, including public education at all levels.

It is increasingly apparent that neoliberalism has fundamentally altered the landscape of public higher education. Public universities have seen dramatic cuts in the levels of state support. In response, universities have changed in myriad ways. Students, redefined as “customers,” face dramatic increases in tuition, and mounting student debt is now recognized as a national crisis. At the same time, there is evidence of increased pressure to adjust college curricula to prevailing ideological and political sensitivities.

The curriculum has been narrowed as cuts to the humanities and ethnic studies are made to shift resources to STEM fields.

The rules of tenure and scholarship have likewise changed, with research receiving much greater emphasis than teaching. There is increased emphasis on garnering grant awards by faculty members across all disciplines, along with an associated emphasis on productivity metrics and rankings that reward faculty for maintaining funding streams. The growing emphasis on big-budget initiatives that serve corporate interests has been matched by a de-emphasis on research and outreach activities that serve general knowledge or “only” the local public good. Increasingly, funding for research comes less from public sources and more from the private sector, raising numerous ethical challenges in the production of knowledge.

Despite its influence, neoliberalism has garnered too little public discussion and debate. Colleges and universities have a special responsibility to provide an open forum for intellectual critique of social movements, perhaps particularly when they hit close to home. Moreover, academic faculty must be ever vigilant in guarding the principles and values of higher education as well as its core mission to advance human knowledge and progress. The time has come to have public debates about the type of society that we want, the direction that neoliberal policies have taken society and its institutions, and the alternative paths that lead to a social order in which there is less poverty and greater opportunities for all to realize their potential. There are many paths to a good society, and public universities are one of the central elements across all of those paths. But public universities must first recover their traditional values, governance structures and roles in society if they are to ably shed light on pathways that lead to human and societal progress. 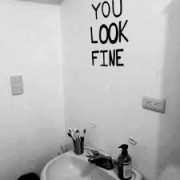 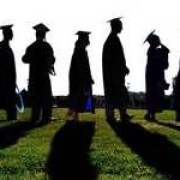