The road of removing, banning, or burning books is full of danger. To ban one book leads to banning more books.

A school board in southern Alaska voted to remove five novels from an approved list for high school English teachers this fall. Last week, the Matanuska-Susitna School Board in Palmer, Alaska, voted 5-2 to remove the novels. They include Invisible Man by Ralph Ellison, Catch-22 by Joseph Heller, The Things They Carried by Tim O’Brien, I Know Why the Caged Bird Sings by Maya Angelou, and The Great Gatsby by F. Scott Fitzgerald.

The books were removed because of, to cite a few reasons, their use of graphic language, sex, molestation, profanity, racist attitudes, misogyny, and violence. Oh, and for “anti-white” messaging.

According to the local Daily News, board member Jeff Taylor described the controversial content as “things that are pretty serious problems, especially in our teenage world. Is there a reason that we include books that we even label as controversial in our curriculum? I would prefer these were gone.”

Board member Jim Hart said if he read Angelou’s description of her childhood molestation “in a professional environment at my office, I would be dragged to the equal opportunity office.”

Like these two men, we are all entitled to our opinions, especially those relating to literature and what literature should be made available to students. It is worth noting that the books mentioned above remain on school library shelves, and a local movement supporting them is alive in the town of Palmer.

However, what concerns me is the removal or banning of a book because of those reasons so often cited–sex, racism, anti-anything that’s deemed worthy by those in power. I’ve read all the removed books in Palmer and have taught each one except Invisible Man and Catch-22. I felt that those volumes were too long and complicated for the high school students that I taught. However, I always had great success with the other three, notably Gatsby and Carried.

If the matrix we use to judge books is the presence of profanity, brutality, sex, racism, sexist attitudes, and so on, then we should place the Bible on the banned list, too.

I’m currently re-reading The Old Testament, having just completed the Pentateuch, and I’m beginning to re-read the story of the conquest of the Promised Land. In Joshua 6, Rahab is introduced. Because she betrays her city (Jericho), she and her family are saved. But as is written in verse 21: “And they [Israelites] utterly destroyed all that was in the city, both man and woman, young and old, and ox and sheep, and ass, with the edge of the sword.” Later in Chapter 10, it is written how Joshua at Makkedah “smote it with the edge of the sword; he let none remain.” He does the same at Debir.

Joshua’s conquest is brutal. And in the next book, Sampson and Jephthah do more of the same. Sampson traded his soul for sex, while Jephthah offered his daughter as a human sacrifice. In language and deed, they are no better than Tom Buchanan or Jay Gatsby.

To me, the road of removing, banning, or burning books is full of danger. To ban one book leads to banning more books. And, in my opinion, no book contains as much offensive material as the Bible. Beginning with Genesis, the Bible is full of nudity, murder, lust, and more. Yet, every story from the Bible is used by Christians to teach a lesson. Consider how we use David, the murderer of the husband of the woman he impregnated, to teach lessons.

Literature, including fiction, non-fiction, or poetry–be it long, short, metaphoric, or apologetic–teaches us lessons of life. And as we all know, life can be ugly and beautiful–just as are people. All literature that contains value will teach a lesson anew or reinforce what’s already known. No matter. It should be read, studied, and discussed with an eye toward critique. Does it prompt thought and self-examination? Does it open minds? 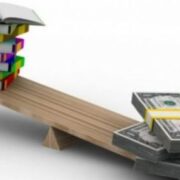 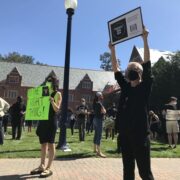 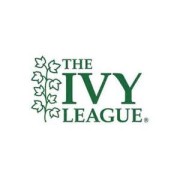