Home
Education
Words Are Power, To Be Used Wisely

The backdrop… A local independent school is encouraged to include more literature in its curriculum that reflects the Black experience. Wanting to be inclusive, the school conducts studies and hears recommendations from its community. That’s when the story really begins….

Of the newly included literature, a well-regarded play by August Wilson, Fences, is added to the school’s curriculum. It is to be read aloud in 9th grade English classes. Wilson uses a derogatory word referring to Blacks, and the students are directed not to say that word when reading Wilson’s script.

As a former independent high school English teacher and administrator, I disagree with the decision to adopt the play for use with 9th graders.

–Even though Wilson’s play is highly acclaimed, it would be better used in the 11th or 12th-grade curriculum, if at all. Drawing that conclusion is not an argument against Fences’ merits but, rather, about its appropriateness for use in 9th-grade education. And even if it is selected for older students, reading and examining should be considered very carefully and monitored if used.

–The decision to read Wilson’s play in class is an unwise use of class time. Independent school students purchase their textbooks, which they can read and study outside of the classroom. Then, class time can be spent discussing and examining the play and what it has to say concerning the Black experience.

I do not believe that students should be allowed to repeat the pejorative word that Wilson uses–in any form–and at any time.

–During my teaching career, I prohibited students from repeating any word in a text that is derogatory, vile, or both. An author’s use does not give us the license to use it. Language, as Orwell writes, is political.

–The principle to which I refer applies equally well to other circumstances, including references to females. Imagine a mixed class of males and females. Students recite a poem, play, or book that uses references to the female anatomy and/or uses vile language to characterize women. Imagine how those girls would feel and how using those words might affect the males–attitudinally and behaviorally.

I understand that an author must use language that reflects his or her characters as s/he envisions them.

But we must consider that a text may cause student discomfort.

And that’s exactly what happened in this case.

Many news outlets, including BET and the New York Times, have reported on the Fences matter, including the school’s decision to ‘expel’ (my word) the enrollment of a Black student who complained about the use of Wilson’s play in his class.

The Times and BET wrote that the school said it did not expel the pupil. Instead, the school said that it “exercised its right to terminate enrollment.” The student’s mother, on the other hand, labels it “an expulsion.’

In response, the school framed the mother’s expression of dismay in a manner that (using the school’s words) represented “multiple personal attacks against a person of color in our school administration, causing that person to feel bullied, harassed and unsafe.” The mother responded: “Instead of addressing the issue, they’re trying to make me seem like an angry, ranting Black woman.”

Rather than frame this as a conflict of intent and action, perhaps the larger issue is what we choose to teach about Black culture, the Black experience in America, and race issues writ large.

That’s especially important in independent schools, which are predominately white.

With that in mind, in the January/February 2021 issue of The Atlantic, Howard Bryant writes about the second career of Martellus Bennett. Bennett is a former NFL tight end and Super Bowl winner, who now writes and illustrates children’s books. Bennett’s books are books that he wishes he had been exposed to as a child.

How so? It’s “because the childhood I had as a Black boy does not exist in media today.” Violence and athletic ability are typically associated with young Blacks in the media–and those limited portrays are not featured in Bennett’s work. As Bryant writes, “Black trauma has become the de facto Black culture.”

Words are power, and literature should be uplifting. Power was on display in this matter. ‘Uplifting’ was not. 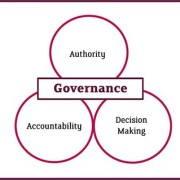 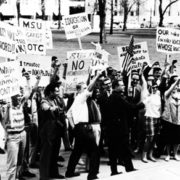 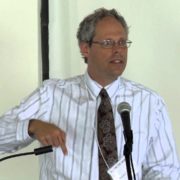 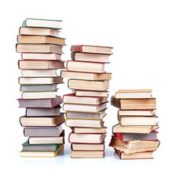