Home
Film review
“Don’t Look Up” Puts Mirror to Society, Asks “Like What You See?”

Don’t Look Up! could very well be entitled, “Just Look Around.” It is not a pretty sight. It is a sight of a society in decline and a culture that needs our commitment and leadership.

Bravo, Netflix! Producing an entertaining film with significant allegorical and satirical value is not easy. But in Don’t Look Up!, writers/producers Adam McKay, David Sirota, and Kevin Messick have done just that. People have been watching, and they are still watching, which is a hopeful sign.

What would seem to be a straightforward proposition is anything but. For those who have not viewed the film, it is about a university-based research team that discovers a comet is heading toward Earth, sure to obliterate all life forms when it hits. The challenge is getting enough people, including government officials, to take the claim seriously and respond constructively. Why? The film does a masterful job of filtering the challenge through today’s reality context. 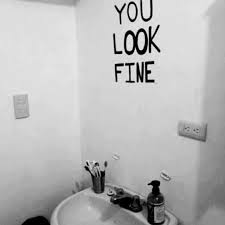 Allegorically, the film is about climate change, namely, take the claim of climate change seriously and then respond constructively. That is important. But it is the film’s satire that captured my attention. The target is our culture, our institutions, our ‘leadership,’ and us, generally. Don’t Look Up! puts a mirror to society and makes ‘normal’ look foolhardy, if not nonsensical. It begs us to ask, “Why are we this way? Isn’t there a better way?” And that is the point.

In today’s extraverted, technology-driven world—a world that is TikTok-like in both structure and real-life—there is the ever-present Facebook feed, tweet, Instagram photo, video game, and media stream. It is not only what we do, but it is also very much who we have become. We are encouraged to be that way, too, marketed to be that way. In today’s Frito Lay-like world, “You can’t eat just one!” has become a more pervasive challenge than a company’s boast.

Today, doing just about anything in moderation seems out of grasp. We are addicted. It is the outcome of a never-ending, boundary-less quest (fueled by corporate intent) for us to partake of products and services that push us more deeply into “I’m hooked!” No more watching a film or television episode. (Note the singular.) Today, we stream films and television programs for hours on end. (Note the plural.) And we flip from one streaming service to another to keep us entertained. Do you like football? Ok. Then you can watch games all afternoon and night during the season—on Saturdays for college games, on Sundays for pro games, and even on weeknights, too. And now you can bet on games legally to get even more invested (and hooked) into what happens on the field. It is as easy as downloading an app … as you view a public service spot about gambling addiction. Huh?!

Thankfully, Don’t Look Up! does not let Washington politics off the hook. It does so by homing in on two issues that have democracy by the throat.

The first is about how and whether we reach reasoned conclusions—apart from ‘spun’ conclusions propagated by partisan sources reinforced by people in our social networks. The second issue is about the political-corporate cabal and how money from corporate sources infiltrates the political sphere.

In the first case, there is a back-and-forth among the population about whether an Earth-endangering comet exists and, if it does, whether it will strike Earth and with what consequences. Even when the comet appears in the night sky, viewable to all, there is the tug of war between “Look up! It’s real.” Or not. We choose what we want to believe even when denial and inaction put our lives at stake. Sound familiar? Can you say COVID vaccination?

In the second case, the U.S. government stops an operation to obliterate the comet and save the planet in favor of pursuing an option that serves a corporate preference, specifically, to mine the comet for its mineral value. Sound ludicrous? When it comes to the endless flow of money into politics, can you say Citizens United?

Here is the thing. The world always faces critical issues, problems, and challenges. But the question in today’s entertainment-focused, leisure-saturated, me-first, corporate-driven America is whether there are enough of us who are willing and able to take the time to consider, weigh, and act accordingly for the commonwealth.

Consider how Robert Kuttner, writing in The American Prospect, connects the film’s message to what is happening in and to America today.

“The movie is a dead-on satire of the interconnected debasement of America’s politics, pop culture, conventional media, social media, spectacle, tech, and corporate elite—and of how the corruption of each element corrupts the other, feeding the general cynicism and the craving for a fascist savior, political or corporate…. Don’t Look Up! is … an excavation of the codependency of corporate and political fascism, enabled by the distraction of spectacle, social media, and tech.”

Hyperbolic, you say? Try this experiment. Over a meal or drinks some night, ask those around the table to answer this question: Could America today do what our predecessors did in World War II?

Of course, that is a loaded question because peace is the choice except in extraordinary circumstances. But the purpose here is to probe whether today’s America could do it, not whether it should. And could is not just about wanting to unite as a nation. It is also about the capacity—individually and institutionally—to do the things America and Americans did 80 years ago.

Capacity is about how-know, skills, and producing/delivering high-quality outcomes in a timely way. Doing that requires discipline, proficiency, willpower, cooperation/coordination, and more. Has the American intellect eroded—and have our institutions degraded—to the point that we might not be able to rise to the challenge?

My response is, “I don’t know.” But I think the answer is more likely to be “Yes” the longer we waste our time on frivolous pursuits, under-develop our talents, and invest energy on things that provide entertainment but little more. The lesson for America? Trouble lurks when childhood and adolescent preoccupations become adult pursuits. 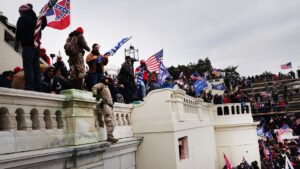 And I think the answer is more likely to be “Yes” the longer we devote attention to arguing in a tribal-like manner, creating divisiveness via bombast in the form of dueling verbiage, fist-waving tirades, and more—as in what happened in Washington, DC on January 6, 2021. The lesson for America? The enemy is not always the force without. It can be the manifestation of the rot within.

Don’t Look Up! could very well be entitled, “Just Look Around.” It is not a pretty sight. It is a sight of a society in decline and a culture that needs our commitment and leadership.

That is why I believe the film invites us to answer an all-important question: How will I respond? The answer is for each of us to do the responsible and constructive thing, each in our own way. It requires us to do both of those things now — before the proverbial comet hits.

This article was published previously in Hollywood Progressive. You can listen to this and other essays on Under the Radar with Host Frank Fear, available on Anchor, Spotify, Google, Apple, and other fine podcast channels. 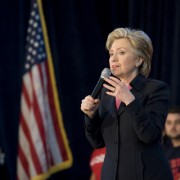 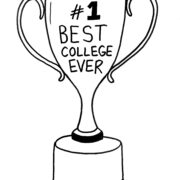 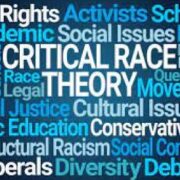