Home
Book Review
PERSPECTIVES: ‘They Put the Institution Before the Victims’ Is Sobering Conclusion of New Book on Sexual Assaults

Guiora’s study reveals a pattern–of perpetrators being aided by institutional enablers. It’s a pattern that he found not just at one institution and by a few enablers, but at many institutions and by “armies” of enablers.

Guiora explains.“The word ‘armies’ is intended to convey just that: an endless number of enablers, far more numerically significant and institutionally powerful than just an army. While one army is significant, several armies are, literally, insurmountable. They come at you from different directions, they use every strategic and tactical advantage possible, they have unlimited resources, they carry the ‘prestige’ of seemingly reputable and esteemed institutions, they represent success and power. They are arrogant; they are dismissive; they are deceitful; they are punitive” (p. xxiii).

That uber-strong language may seem hyperbolic, but it’s not. Guiora writes about the extreme outcome of a widely held and accepted stance, “Protect the Brand.” Problems emerge when brand protection becomes an indisputable institutional imperative. Without countervailing leadership and counterbalancing systems in place, it’s only a matter of time before issues arise and go public. Then, ‘Truth’ comes out: the top priority … (drumroll, please) … is the institution itself, and that’s no minor matter. Two words from the book’s subtitle convey why—complicity (by enabling) and betrayal (to persons in their protection).

To write the book, Guiora sought out, met with, and chronicled the thoughts and feelings of sexual abuse survivors. He did the same with institutional actors with knowledge about institutional responses, including those who named and called out enablement.

He calls it “an ugly and painful truth…/because/…one can substitute name A with name B.” (p. 43). And even though “all the institutions examined in this book consistently and loudly articulated their primary concern as the welfare of those for whom they are ostensibly responsible…there is a deep gulf—and overwhelming disconnect—between words and actions.” (p. 184)

Guiora’s presentation is a worthy companion to other recent and notable contributions, including Start by Believing, co-authored by John Barr and Dan Murphy (Hachette Book Group, 2020), and ESPN’s Peabody-winning documentary video, Spartan Silence: Crisis at Michigan State (2019). But unlike those and similar contributions, Guiora goes beyond providing historical background and reporting what happened. As a professor, Guiora offers a conceptual framework to help readers understand the context of sexual assaults. As an attorney, Guiora accentuates the legal dimension of sexual assaults to move the conversation beyond the realm of moral imperatives and ethical responsibilities.

Building on his 2017 offering, The Crime of Complicity: The Bystander in the Holocaust, Guiora makes an important conceptual distinction between bystander and enabler.

A bystander “sees another in peril and chooses not to act” (p. xvii). An enabler is not a witness but decides to act. While both actions represent willful abandonment, enabler choice-making captures Guiora’s primary attention.

The implications are enormous, Guiora contends, particularly in settings where enablement becomes embedded in institutional culture. How so? It gives enablers the freedom to act with impunity. Guiora found numerous instances of institutional enablers who engaged in egregious actions. Those actions include: 1) dismissing the validity of victims’ claims, 2) discouraging victims from reporting what had happened to them, 3) telling victims they’d experience negative consequences should they take the next steps, and 4) denying what victims claimed they had told them (p. 19).

And when caught in their web of deceit, enablers often responded with “self-serving, self-pitying” behavior that’s “utterly dismissive of the pain of those who were assaulted” (p. 188).

The ultimate challenge, of course, is settling on a workable approach–an approach that turns the tide in favor of survivors and addresses self-serving institutional behavior. Expecting systemic change by way of leaving self-policing in institutional hands isn’t realistic. Yes, it will happen at some institutions (Giuora’s institution, the University of Utah, is an example), but not others. At issue is ensuring transformative change across institutions

. For that to happen, Guiora makes a case for imposing legal penalties on those who have transgressed–either because of willful inaction (as a bystander) or willful action (as an enabler). Why? Those actors have committed crimes of omission (p. 97).

Good institutional leadership is essential, but it is simply not enough. “The duty to end abuse must not be framed purely in moral terms, for these are, ultimately, devoid of practical substance,” Guiora contends (p. 61). Instead, punitive action is needed to avoid “condemning future survivors to the same fate” (p. 98). That means “punishing those who facilitated, enabled, failed to prevent, ignored, or made a calculated decision to protect the institution” (p. 184).

I found Armies of Enablers to be a significant contribution to the conversation about sexual assault and what can be done to address it. It’s a must-read for institutional leaders and vital addition to staff training programs. The movement needed an examination of why institutions fail, and Guirora’s work validates what many victims and others have experienced and/or observed. 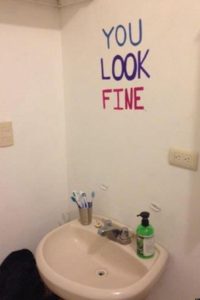 The next step, of course, is fixing a broken system. Just don’t expect institutions, such as the church or higher education, to lead the way. It’s impossible to render culture change without, first, admitting there is a problem. For example, as Guiora points out (pp.185,186), university presidents, chancellors, and boards, rarely list collegiate sexual assault as a significant problem–either generally in higher education or on their respective campuses.

Even public outrage when expressed as a full-throated chorus of “Enough!”–although needed–won’t be sufficient. In the end, solutions must have teeth, including tightly enforced federal and state policies, rigorously applied state and federal laws, and new legislation that fits evolving circumstances.

A stark alternative—no significant improvement of the status quo—is frightening. If so, the culprit is likely to be America itself. Ours is a hyperactive, focus-on-the-issue-de-jour society that moves quickly from one outrage to the next, often without following through to resolution. If that happens, institutions will be off the hook, enablement will continue, and there will be more victims … and many more after that.

Abandonment is not an option. Commitment, direction, and persistence are required.

America has ‘an institution problem.’ It’s time to fix it.

“The two most important issues to be addressed are how to ensure that an institution will protect the survivor rather than protect itself, and how those who fail the survivor will be punished” (From “Armies of Enablers,” p. 218)

FutureU hosted a discussion with Amos N. Guiora talking about his book, joined by Elizabeth Abdnour, civil rights, Title XI, and education attorney and activist, who contributed to the book. The discussion is available as a podcast and as a YouTube video. 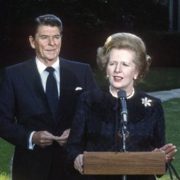 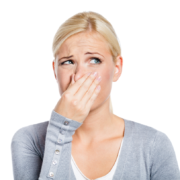 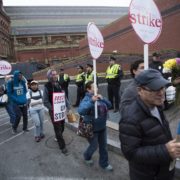 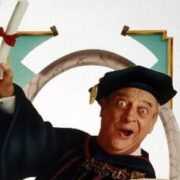