Here’s a mix of citizen views and the Editorial Board editorial as published in Sunday’s (2/11) LSJ.

Op-ed as written by Chuck Perricone, former Michigan Speaker of the House of Representatives.

Letters to the Editor

Engler is the wrong choice for interim MSU presidency

Rachel Denhollander, the first of many brave young women to go public with allegations of sexual abuse by Larry Nassar, is understandably “beyond disappointed” with the selection of former Michigan Gov. John Engler as Michigan State University’s interim president.

Engler has been no friend to women or to public education in our state. While he was governor, he declined an invitation from the Officer of the United Nations High Commissioner for Human Rights to have members of his administration or staff attend a meeting concerning issues of violence against women in prison. Violence against women is at the heart of Michigan State University’s problems right now.

MSU needs a leader who can help heal the wounds caused by Larry Nassar. John Engler is not that person. The survivors of Nassar’s abuse deserve better. Once again, the MSU Board of Trustees has failed to listen to them.

Selection of Engler made too quickly

Former Gov. John Engler for interim Michigan State University president? Like Department of Education Secretary Betsy DeVos (the butcher of public education), he has absolutely no experience in public education. I think there should be more time given to selecting such an important position.

Maybe we should eliminate voting for all elected officials

There’s nothing like a scandal to bring out people’s extremism. A state representative, said we should no longer vote for members of university board of trustees and that the governor should appoint them. He said these elections are “problematic” because “voters often simply opt for the most recognizable names or randomly bubble in their choice.” I wonder how this differs from voting for state senators or representatives…or even president?

I worked in state government, spent years in political activities, have been voting 50 years, and consider myself politically sophisticated. Yet, I have only ever once voted for a state elected official I knew personally. The rest of the time I relied on their statements, websites, advertising; and news stories to find out about them — same as with trustees of universities. So maybe we should eliminate voting for state elected officials altogether? Of course not. This is just another silly idea we hear when people react to scandal.

Choose a president to make MSU feel like home

The Michigan State University Board of Trustees has the opportunity to select a candidate that will properly represent the university. As a MSU student, here’s what I’m looking for in our new president: Someone who is culturally educated, open-minded, involved with the students and faculty, available, approachable, inclusive, and can determine right from wrong and act on what is right.

There are many unaddressed issues at MSU that they need to know. For example, they should know about the rape trail and rape fraternities. These things are not talked about outside of the student body. Everyone should be aware and the police should be monitoring these areas to protect the students.

The new president should have priorities when beginning at MSU. Their list of priorities should be student-focused and the main goal should be to make MSU feel like home. They should focus on valuing the teachers, embracing diversity, and making the campus a safer place. I hope the board of trustees will do what is best for the school and consider these things when choosing the next president.

The Michigan State University Board of Trustees decision to appoint former Gov. John Engler, a partisan with no experience in academia, is unwise and tone-deaf. The “Nassar scandal,” which should be called the “USOC-NCAA-USA Gymnastics-MSU-Nassar scandal,” requires visionary leadership to overcome. The only way out is the way through — in other words, instead of doing crisis management and damage control, MSU needs to look in the mirror and make substantive changes that had they been in place, would have avoided the harm suffered by all these girls entirely. Gov. Engler, whose administration stonewalled the Department of Justice investigation into the sexual abuse and assault of women in Michigan state prisons, and who is far too close to Attorney General Bill Schuette, is such an obviously poor choice that I suspect the entire Board of Trustees will also have to resign before we see any real change at MSU.

A wolf in sheep’s clothing

I must agree with the doubts that Michigan State University faculty and students have expressed regarding the appointment of former Gov. John Engler as interim president. Engler is no candidate for the “wolf to lie down with a lamb” in an Edward Hicks Peaceable Kingdom painting. For that matter, neither is former Gov. Jim Blanchard. Both have political histories that make them highly suspect of being leopards unable to change their spots. And, neither has the experience needed to lead a major university.

Engler’s claims that being a Washington DC lobbyist qualifies him for apolitical leadership in this crisis are fallacious. He never would have lead the National Association of Manufacturers and the Business Roundtable if their members had not believed his right-of-center politics would be an advantage in curbing governmental controls of private sector businesses at the expense of institutional transparency and the rights of their employees and the publics they serve. This is a quick-fix public image band aid; not an inclusive search for a solution with input from all university community members.

John Engler is a terrible choice for interim Michigan State University president. He began replacing good pro-choice women and men as soon as he could after he won his first election — Republican district chairs, college boards, commissioners. Whenever there was money for candidates, he managed to be in charge. Even after he became governor, he found a man to defeat the pro-choice Ingham County Republican woman leader who had worked harder for the party then anyone else. He worked to make abortion illegal, managing to get reproductive health care, and all health care less accessible and higher priced.

While I find it sad and mind blowing how Larry Nassar got away with what he did for so long and then he was so confident he’d never be caught, he ran for Holt School Board. Then we have a  deputy superintendent for the Lansing School District that stepped down from a teaching and coaching job in the Holt School District for maybe turning a blind eye to pornography on his team’s trip to Florida. I do not claim to be a perfect person, but I think the future of our youth deserve way better. Is anyone paying attention?

Our hearts break for everyone who suffered because Michigan State University harbored a sexual predator and, perhaps, turned a blind eye to sexual assaults by athletes. Our hearts sink to learn that administrators tried to protect MSU’s reputation instead of protecting women and girls. It also hurts my heart to see some Spartans turning their backs when their alma mater needs them most.

I am hearing alumni say they never will donate to MSU again. I will continue to make my modest gifts, chiefly toward academics. It’s easy to support MSU when the sun is shining. Real Spartans will stay true in this gloomy night. If we never win another football or basketball game, I still will love MSU.

Don’t burn your Spartan apparel. Wear it knowing that MSU has a proud past and, if we stand with it in fixing what has gone so tragically wrong, it still can have a bright future. 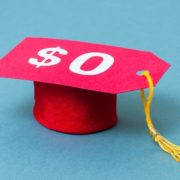 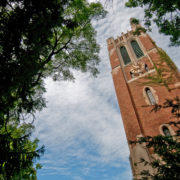 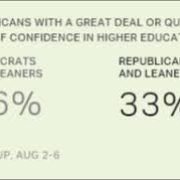 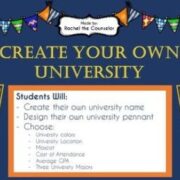