Friend and colleague Thomas Charles Edens, Michigan State University professor, left this world on March 15, 2020. Because of the COVID pandemic, his life celebration took place on August 1, 2021, at the Edens homestead in Bellaire, Michigan. Here are the thoughts I shared that day.

I’m sure you’ve all heard the old saying, “You never know what you have until it’s gone.” But I’ll bet that nobody here has ever thought of Tom Edens that way. We valued Tom dearly while he was with us, and, of course, we still value him.

And there is something about being back in this place—the place where we spent so many memorable days and nights with Tom and Mary—that offers us great pause for thought. I did just that the other day and came across a short passage that I believe expresses how I feel … and (I’ll bet) how you feel, too.

It’s drawn from Pascal Mercier’s novel, Night Train to Lisbon. I love the book and film because passages (just like the one I’m about to share) are interspersed throughout the narrative. This passage is only two sentences in length—the first refers to Tom, and the second applies to us.

“We leave something of ourselves behind when we leave a place, we stay there, even though we go away. And there are things in us that we can find again only by going back there.”

Not long ago, I started thinking about what makes us respect and admire people like Tom Edens.  My long-time friend and colleague, Jim Votruba, helped me locate an answer. Jim reminded me of an essay written by New York Times columnist David Brooks nearly a decade ago. Brooks expanded his thoughts in his widely acclaimed book, The Road to Character. Brooks distinguishes between Resume Virtues and Eulogy Virtues.

The stark contrast is a touch hyperbolic because each of us is a bit of both. But still, Brooks’s observations are worth noting because of the matter of emphasis. It’s easy to know a person and, based on that understanding, to fit them in one category or the other. And, upon further reflection, Jim and I concluded that one of the challenges we face in society today is that too many people emphasize Resume Virtues and not enough people focus on Eulogy Virtues. With that conclusion, we recorded a YouTube video entitled Elevating Eulogy Virtues in a Resume World.

I don’t want to say that Tom Edens didn’t give a crap about his resume, but I will say that it was never something that he focused on. I can say that, for sure, during the years I served as his department chairperson. Getting an updated vita from him was a chore. But Tom’s eyes would light up when he talked about projects he was working on, the things he was contributing, and the impacts involved. It didn’t take long for me to conclude that all he wanted to do was work with colleagues on efforts that made a difference.

It also didn’t take me long to conclude that it would be a mistake to launch a new initiative without Tom being at the table—as long as the work and people involved held his interest. So, over the years, I can’t think of a major effort in which I was involved at MSU when Tom wasn’t at the table.

What’s more, Tom didn’t care if he was in the lead or played a support role. Without ego, Tom was comfortable doing one or the other. ‘Getting credit’ isn’t something that mattered to him. All he cared about was getting the job done, done well, and enjoying time with colleagues, students, and others.

There’s something else along the way that I noticed (and valued) about working with Tom. He was equally comfortable being with the powers that be and with everyday people. Comfortable in his own skin, it didn’t matter. What mattered was relationships.

The interesting thing is that Tom listened a lot, and didn’t speak frequently. At meetings, he’d rock back in his chair, paying attention and thinking deeply. But when he spoke, he always had something important to share. Better, too, if you paid attention. Tom was a truth-teller.

That was Tom at work. What about Tom away from the office? In a word, he ‘excelled.’

Tom and Mary lived a balanced life. They worked hard and played hard, and that was apparent to anybody who was blessed to be invited into their circle. There, you experienced a couple that had the ability to live a full life, a good life, especially away from work—and that, my friends, is difficult for many of us to do.

Tom was devoted to living his life, which included his university roles, but he wasn’t dominated by those roles. He knew there’s more to life than that.

So, I got to thinking about what personal advice Tom might give us in that regard. It didn’t take long to find words of choice—words that come in lyrical form—from a song written not long after Tom was born. The year was 1949, and the song is Enjoy Yourself, It’s Later Than You Think. With melody by Herbert Magison and lyrics by Carl Sigman, ‘Enjoy’ rocketed up the charts soon after it was released, all the way up to #10 nationally.

Believe me, I can’t imagine Tom singing that song, but serving as his mantra? For sure! He and Mary lived it. And that’s why I’d like to play it for you today … and ask you to join in, too.

I’ve never known another person like Tom Edens, and I suspect that I never will. I’m so very blessed that I did.

Thomas “Tom” Charles Edens of Bellaire, Michigan died at the age of 80 after a courageous battle with Lewy Body Dementia. Tom was a true north compass to his spouse, children, grandchildren, and many lifelong friends. He was a brilliant collaborator, thoughtful listener, resourceful problem solver, and tinkerer. His subtle and often dry sense of humor was ever-present, even in the most challenging situations. People gravitated to him, yet he was modest and understated. He was born and raised in Manistee, MI. His father Harold Edens was a newspaper typesetter and jazz musician and his mother Lillian (Long) Edens was an elementary teacher and school principal. His early years growing up outdoors on the shores of Lake Michigan fishing, canoeing and lifeguarding shaped his pursuit of life on the water and in the woods. Tom served in the US Air Force in the Philippines and Japan from 1958-1962. After his service, he returned to higher education, completed a B.A. and M.A. in Economics from Western Michigan University in 1966 and a Ph.D. in Economics and International Economic Development from Michigan State University in 1972. In 1965 he met fellow student and future spouse Mary Swerbinsky while on a Fulbright Scholarship in Yugoslavia. They married in 1966 and shared 54 wonderful years together. Tom taught economics at CMU from 1966-68 and at WMU from 1971-73. He was a professor of Resource Development and Sustainable Agriculture at Michigan State University from 1973-2000. Over the course of the next three decades, Tom became a leading-edge researcher in fields of energy policy, sustainable agriculture, and integrated farming systems working across multiple disciplines including engineering (energy), agriculture, and entomology. Along the way, he served many government agencies including the EPA, NASA, and the Presidential Council on World Hunger. He was an avid outdoorsman (fishing, boating, hunting), accomplished woodworker, grill master, and enthusiastically pursued golfing, paddleball, skiing, pool, and cards. Among the many who will miss him are his surviving family members. Tom was a devoted husband to Mary Edens of Bellaire, Michigan. Loving “Pops” to son Russell Edens (Micah) of Traverse City, Michigan, and daughter Christine Edens Le Pottier (Yves) of Ann Arbor, Michigan. Adored “Gramps” to grandchildren Violet and Nikolai Edens; Luc, Sophie, and Benoit Le Pottier; and step-grandchildren Declan, Rutger, and Cassius Feeney. Little brother “Tommy” to Darwin Edens of Algonquin, Ill.

Enjoy Yourself, It’s Later Than You Think (performed by Guy Lombardo and the Royal Canadians) 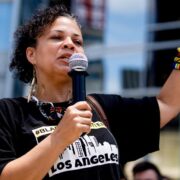 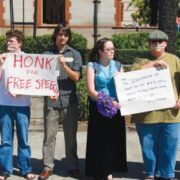 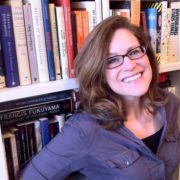 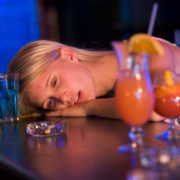