Jim Osuna is an educator to whom I am both indebted to and grateful.

Even though my assignment back in 1976 was to teach high school English and coach wrestling, I also became a student of veteran educators. A colleague named Jim Osuna stands out in particular. A teacher, the dean of discipline, and coach of cross country and track, Jim taught young men by demanding that they arrive on time, be fully prepared, and perform at their best.

He coached in an all-boys school where other sports were revered, but he developed champions in cross country and track/field. He modernized the old asphalt track and founded the Draper Invitational Track Meet with its stellar race, the steeplechase–an unusual event for high schools. In those days, if you came to track practice, you probably saw him driving his red Karma Gia down the track straightaway with a runner frantically holding onto the T-bar that he had fashioned to the rear bumper. It was his way of training runners to “stretch their legs.”

Jim built confidence in his runners. At an IAC track and field championship in the late 1970s, our star two-mile runner immediately broke away from his main competitors during a championship race. I ran to Jim, saying that our runner needed to be slow down to complete the entire race. “It’s okay, and we know what we are doing,” he replied. Jim had convinced the runner that he was so well-trained, conditioned, and disciplined that he could sprint out early and break contact with competitors. Jim was right, too. Before any competitor could react, our runner was too far ahead to be caught. That two-mile championship was an early example of how Jim trained both body and mind.

The slate blackboards in Jim’s classroom were covered with information for a week. Those boards, with their different colored chalk lessons, were the precursor of copy machines.

Every student learned the discipline—exactness—that was demanded to succeed in Jim’s classes. More than history or any other subject, Jim taught students how to be scholars.

Walking around Jim’s classroom, you’d see many objects associated with his world history class. In his youth, he had traveled the Nile River Valley on a red Harley Davidson motorcycle and brought back examples of ancient civilizations. One object was a stone with Sanskrit carved into it. It was fitting, too, because Jim emphasized the language-history connection. While the Ancient Greek in the Odyssey gives us the trusted adviser of young Telemachus, Mentor, the Sanskrit gives us “man-tar,” which means “one who thinks.”

I can’t measure the value and impact associated with observing/learning from Jim Osuna. He was my mentor, “one who thinks,” an educator to whom I am both indebted to and grateful. 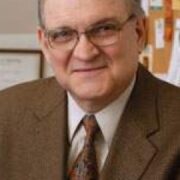 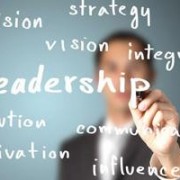 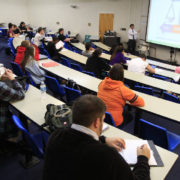 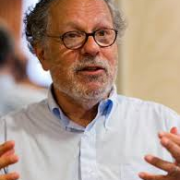