“This is the way we’ve always done it.” “It’s our tradition.” Well, sometimes, yes, it’s a tradition worth continuing. But it might be an unexamined habit–and a misguided one at that.

Not long ago, I read a thoughtful article about graduation commencements in the Age of COVID-19. The author wrote about the importance of tradition. And while I think there’s a lot to be said about tradition, just like so many other things of life, tradition also carries danger.

Saying that doesn’t mean I’m anti-commencement. I spent 40 years working in independent and Catholic schools, and I appreciate how commencement exercises applaud student achievements and connect generations of people. But I’ve also experienced the downside of tradition.

In the mid-1990s, I served as an administrator at a Lousiana-based independent school. A new chaplain had been appointed at about the same time. We had many conversations over the two years we were together, and one conversation has stayed with me ever since. He asked, “Is it a tradition or an unexamined habit?”

I couldn’t forget that question even if I tried. The reason is that it came up all the time! Whenever I suggested a new way of doing things, a teacher would say, “But this (the current practice) is the way we’ve always done it.” Students would follow suit: “But it’s our tradition, Mr. Barbee.”

Well, was it a tradition or an unexamined habit? It’s easy to conflate the two, especially when ‘tradition’ is misguided, even awful, as are sexist, racist, and physically dangerous rites of passage.

I was introduced to another ‘tradition’ while serving at another school in another part of the country. Female students had the tradition of wearing flowing white dresses at an awards ceremony the day before graduation. Seem innocuous? Not really, and here’s why.

The tradition of white dresses began a century earlier when about twenty-five students were honored. A class photograph was taken with all the graduates standing on the south steps leading into the only school building. When I arrived as an administrator about a century later, graduating classes had grown, and it was challenging to squeeze all the students wearing white dresses into the same space. But my suggestion of finding a new photographic site was viewed as blasphemy, contrary to hallowed tradition. I was in a no better position the following year when I had two huge bushes at the site severely trimmed back.

Another time, when I was at Oxford University, the summer program I worked for needed a large room for a meeting. I asked for and was granted permission to use the Senior Common Room. To facilitate meeting needs, I slid a large, oak table about six inches closer to a wall. After the meeting, I repositioned the table in its original position. The next day I thanked the Head Porter for the use of the room, and I also told him about moving the table. “But, Roger, that table has never been moved,” was the response. I could only answer: “Well, it has been now!”

Please do not misconstrue my observations. I do value tradition, including doing my share to instill them.

For example, I once established an awards ceremony named after a dear teacher and administrator. Another time, a colleague and I launched a retreat to help bond students enrolled in a newly merged school. I’m pleased to say that both of those efforts continue to this day. They have become traditions.

If we become hidebound by ‘tradition,’ then we will likely devolve into practicing an unexamined habit.

Unexamined habits framed as traditions can corrupt intention and diminish action–at the very time when only elevated intentions and actions are expected. 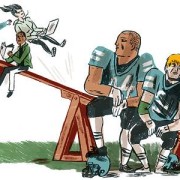 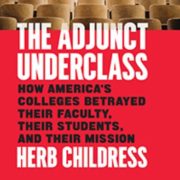 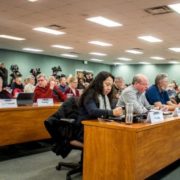 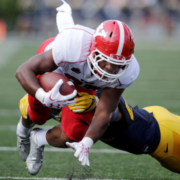