One may criticize truth, beauty, and virtue as dated. But I believe they are timeless.

Many years ago, when our oldest granddaughter spent a weekend with us, she took a bath one evening before bedtime. When my wife walked in to check on her, my “scrubby gloves” were lying on the floor.

Asked what happened, our seven-year-old granddaughter answered, “They itched me.”  It was a perfectly fine and passive excuse for such an age.

She could not accept responsibility for the gloves being on the floor, so the source of trouble had to be those pesky gloves.

The passive voice is the bane of any serious writer and teacher of composition because it expresses a lifeless, whiney, irresponsible, and dishonest voice. While not grammatically incorrect, the subject in a passive-voiced sentence accepts no responsibility and thus is dishonest.

For example, such a sentence as … “I was allowed to believe things that weren’t true, and I would ask questions about them and talk about them. And that is absolutely what I regret” … is a good example of the speaker placing blame for action onto someone or something else in her first clause.

What the speaker is saying is, “I was not responsible. It was not my fault.”

If the sentence were uttered by a child, such as our granddaughter, it would be accepted. But that quoted sentence comes from Representative Marjorie Taylor Greene while explaining a few of her actions. She is asking us to believe that she was “allowed” by some force to believe and support such a dangerous bunk.

She lies to herself and, by extension, to us. 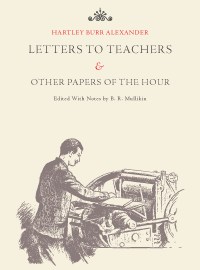 I have recently “discovered” the Nebraska philosopher and writer, H. B. Alexander, who wrote during the early part of the 20th Century. In his 1919 book, Letters to Teachers, he examines public education’s role for our democracy to flourish. His words, written in the shadow of the Spanish Flu Epidemic and The Great War, still resonate.

“Here [in his book] I shall but seek to give a broad conception of what qualities in the man [sic] a liberal education must cultivate. And these, I should say, are love and understanding of truth and virtue and beauty. Love of truth means honesty with one’s self….”

Alexander’s language is archaic. However, we all could benefit from a deep understanding of his thoughts.

Representative Greene is just one of many people in the public view who use passive-voiced language to sidestep honest responsibility. If we are not honest with ourselves, we cannot be honest with others. That means true discourse, which is so needed now, is lost.

Think of the words Alexander uses in the above quotation: Truth. Virtue. Beauty. One may criticize those values as dated, but I suggest that they are timeless. Furthermore, a culture that turns from them will severely suffer.

To have “a love and understanding of truth and virtue and beauty,” we must begin with honesty to ourselves and others.

Perhaps our schools, including those at the secondary level and colleges, too, will begin teaching what we need instead of what we want. 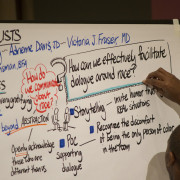 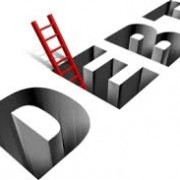 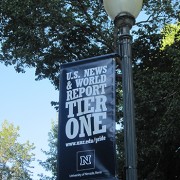