It is limiting to think about Neoliberalism only as a macro-level socioeconomic and political force. It also has a major institutional/organizational presence in terms of what enterprises value and how they operate, and how executives often lead and manage. We offer an ‘old school’ alternative.

by Frank A. Fear

Years ago, catechism lessons on the Seven Virtues/Deadly Sins seemed such a waste of my time. There were so many other things to learn and know, I thought. Why learn this?

Well, later in life, I realized why.

I came face-to-face with unseemly predilections, such as envy, pride, and wrath, and with attributes like humility, patience, and diligence, which I found elusive.

All of this came rushing back to me recently when a friend and I were talking about a departed colleague who—as my friend described him—lived by what NY Times columnist David Brooks calls Eulogy Virtues. Eulogy Virtues are remembrances of a values-driven life. Were we kind? Compassionate? Courageous? Eulogy Virtues are about character, who we are. ‘Idealists’ are what these people are sometimes called.

Brooks contrasts Eulogy Virtues with Resume Virtues—that is, the achievements by which we claim success and build careers. Resume attainments bring pay raises, promotions, titles, and peer adulation. Resume Virtues are what we accomplish, and hyper-diligent strivers are called ‘gunners’ (gunning for the next job or promotion).

There is a lot to digest regarding what Brooks asserts, and here are four matters I believe are important.

First, ambition comes into play for both kinds of people, but it is not the same kind of ambition. Resume-driven people are ambitious personally, concentrating on ‘moving up the ladder.’ Eulogy-driven people are driven by making contributions. They gain recognition that way.

Second, whenever there is a binary depiction—as there is here—it is natural to conclude that the phenomenon is an either/or choice. While that is certainly one way of looking at it, I have always felt that the two virtues can (and should) go hand in hand. We benefit when people of high character are accomplished at what they do, and there is a price to be paid (personally and collectively) when people are woefully out-of-balance either way.

Third, although Brooks focuses on individuals, his framework applies just as well to organizations and institutions. When Eulogy Virtues are a priority, enterprises emphasize how important it is to ‘practice what we preach’ and ‘always do the right thing.’ But Eulogy Virtues can be window dressing—great for mission statements and as fodder for executives’ speeches—but not always valued and reflected in practice.

Finally, there is the all-important matter of how society has changed over the years. Mentors used to role-model Eulogy Virtues consistently, often interpreting profession and work as ‘a calling.’ My mentors certainly did. Today, resume accomplishments are more likely to hold sway. Market forces, hardball politics, and administrative/governance expectations—all fueled by the need to ‘score big wins’—are several reasons why. Accomplishments are what matter.

That said, all of us can identify contemporaries who embody Eulogy Virtues, including those who occupy (or seek) leadership positions. But experience tells me there are fewer of them proportionately vis-à-vis those who are fueled by Resume Virtues.

So, when the topic of leadership comes up, it is not surprising when rank-and-file members (especially younger ones) say they have limited experience with Eulogy-driven leadership. They may know it for a time, but it is something they rarely (if ever) experience throughout their careers. It has gotten to the point that Eulogy-driven leadership is thought of as ‘old school’ and ‘progressive for our times.’ How odd! It should be interpreted as timeless, something that is too important to ever go out of style.

For those reasons, talking about Eulogy-driven leadership can seem pontifical, exactly how those catechism lessons struck me years ago.

So how might we depict Eulogy-driven leadership in a way that is relevant to people?

One way is to highlight the impact of leaders who live Eulogy Virtues by describing who they are, what they did, and why. That conclusion motivated me to write about Paul Miller (now deceased)—a person who influenced my career and the careers of others in my field, including one of my mentors, James C. Votruba, the colleague to whom I referred earlier.

Jim and I decided to record a conversation about Paul’s life and work. You can watch it on YouTube or listen to it in podcast form (URLs below).

We talk about how Paul blazed trails in his profession and how he did so with unwavering humility, passion, and dedication. And our chat goes far beyond talking about Paul. We talk about what people like Paul mean to the world, and how we need more people like him today.

We invite you to ‘go public’ about people you know who live (or have lived) Eulogy Virtues. Doing so might influence the way others think about leadership—perhaps even what they demand of it. That seems especially important these days when leading for the public good—something we once took for granted as the only way forward—is littered with roadblocks, frequently dismissed as a priority, and disabled from taking hold.

“A life’s calling is worth telling,” Paul wrote in 2014 at 97 years. It is worth re-telling, too … especially when it is about virtues—virtues that I was taught as a youth but failed to comprehend until my education came by way of life’s challenges—the soul-searching kind.

PROFILE OF PAUL A. MILLER 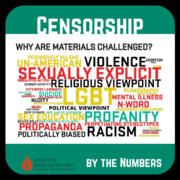 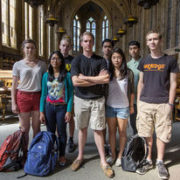 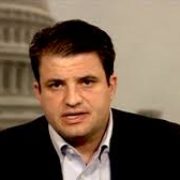 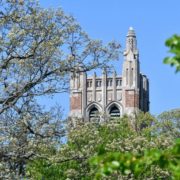