Home
Higher Ed
NEWS BRIEFS: Drake Group Calls for Congressional Study of Intercollegiate Athletics
The Drake Group (a national organization to defend educational integrity in higher education from the corrosive aspects of commercialized college sports) contends that America is not well-served by the myopic focus on athletic compensation in revenue-producing college sports. “It is time for Congress to intervene by undertaking a comprehensive multiyear study of the intercollegiate athletic system that has been corrupted by the commercial success of a relatively small number of schools,” the Group said. “The academic integrity of American higher education and the health and well-being of college athletes is at stake,” it concluded.
JULY 22, 2019 NEW HAVEN, CT: Today the Drake Group commented on the $208 million settlement reached in the portion of the NCAA Grant-In-Aid Antitrust litigation[1] that seeks monetary damages (as opposed to the portion that sought injunctive relief and is now pending before the Ninth Circuit).  While the settlement was reached in 2017, it just recently became final. The settlement provides that Division I men and women basketball and Football Bowl Subdivision (“FBS”) football players who played between March 2010 and 2017 will receive the difference in athletically related financial aid that they received and the amount permitted under the new NCAA rules allowing for aid up to the full cost of attendance (“COA”).
Dr. Fritz Polite, Drake President, stated:
“We applaud this remedy that at least partially compensates some athletes shortchanged by NCAA scholarship limits.[2]   However, the fact that the settlement will provide 53,748 former Division I football and basketball players with payments up to to $7500[3] should not deter us from having a larger national debate about how to fix our broken intercollegiate athletics system.   We should not be having a narrow discussion on how much cash gets divided among football and basketball players.   There are more important questions about the distribution of revenues derived from our college athletic programs. Do the $1 billion in Final Four National basketball championship revenues and a similar sum for the national football championship belong to the schools who play in those events or to the NCAA who should own those championships and use such wealth for the good of all college athletes?  Should “first priority” on that money be full athletic injury insurance coverage for all 430,000 NCAA athletes?  Unlike the 24 FBS schools that appear to have excess revenues over expenses, what about the 1,000 plus athletic programs financed by mandatory student fees and college tuition dollars?[4] Where is the outrage about rising student debt and college tuition costs? Where are the funds to compensate football players or athletes in other sports who, 10-30 years from now, will suffer early neurological compromise because of injuries suffered in college?   Where is the discussion about the rights of college athletes to be employed outside the college athletic program just like any other student? Where is the college faculty indignation about academic fraud, admission of athletes who do not meet academic admissions standards, not-for-profit educational institutions paying multi-million-dollar salaries to head coaches or expending funds on lavish athlete-only facilities? It is time to address these larger and more complex issues that pale in comparison to divvying up cash to some football and basketball players who are forced to accept the 50-hour work mandated by their well-paid and powerful coaches.”
The Drake Group contends that higher education is not well-served by the media’s and public’s current myopic focus on athlete compensation. It is time for Congress to intervene by undertaking a comprehensive multiyear study of the intercollegiate athletic system that has been corrupted by the commercial success of a relatively small number of schools. In the 1970s a blue-ribbon Presidential Commission on Olympic Sports resulted in the Ted Stevens Olympic and Amateur Sports Act of 1978 which revamped our Olympic non-school sports system. The time has come to undertake the same bi-partisan, objective and careful review of athletics in higher education. One-off anti-trust lawsuits and NCAA special committees appointed to deflect the altogether too frequent media exposure of athletics program scandals will not resolve the catastrophic failure of NCAA intercollegiate athletics governance. The academic integrity of American higher education and the health and well-being of college athletes is at stake.
[1]    National Collegiate Athletic Association Athletic Grant-In-Aid Cap Antitrust Litigation, Case No. 4:14-md-02541-CW, United States District Court for the Northern District of California Oakland Division
[2]    COA includes allowances for transportation to and from the student’s home, personal expenses such as laundry, parking fees, etc. The COA estimate differs by institution and is an estimate of the cost of attending the school for one year in the school’s geographical location. Because the case was brought on behalf of a class of plaintiffs consisting of Division I Football Bowl Subdivision (FBS) football players and Division I male and female basketball players, the settlement approved by Claudia Wilken, the judge in that case, was limited to that group of athletes who competed between March 2010 and March 2017.
[3]    Associated Press. Payments from $208 million. NCAA settlement begins in August. (July 17, 2019) Retrieve at: https://www.washingtonpost.com/sports/college-sports/payments-from-208-million-ncaa-settlement-begin-in-august/2019/07/17/5645f7bc-a8d0-11e9-8733-48c87235f396_story.html?utm_term=.93acb04ef14f
[4]    Gurney, G., Lopiano, D. and Zimbalist, A. (2017) Unwinding Madness: What Went Wrong With College Sports and How to Fix It. Washington, DC: Brookings Institution Press, p. 198-203. The authors contend that the current system economic system of escalating costs and operating deficits for the all but 24 FBS institutions that are realizing more revenues than the expend is unsustainable. The median operating deficit in FBS athletic programs is over $12 million annually and this excludes most capital costs and certain indirect administrative costs). Were full accounting done, the median deficit would jump easily above $25 million.
(end)
Post Views: 343
Tweet Pin It 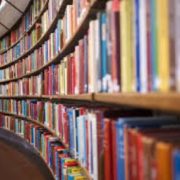 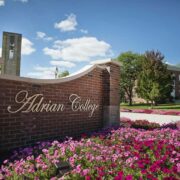 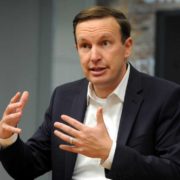 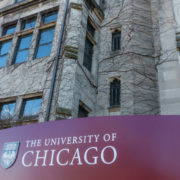