Home
Books
I Stumbled Upon ‘Neoliberalism’ and It Captured My Attention

My ongoing education to understand and respond to Neoliberalism in Higher Education continues with the book, Neoliberalism and Academic Repression.

I first learned about Perceptual Set in Intro Psych, which I took decades ago. Perceptual Set refers to something very human—”the tendency to notice some aspects of the available sensory data and ignore others.”

The concept was brought home to me soon thereafter when I noticed certain automobiles that had gone unnoticed previously. Why? I was in the market to buy my first car.

There is something else I remember about those long-ago undergraduate days. I was lucky enough to develop an out-of-the-class relationship with two of my sociology professors. One afternoon, while in the office of one, the conversation turned to a topic that was alien to me at the time.

That day, the professors discussed something that I witnessed years later among many graduate students–students who were flush with practice experience but generally short on theoretical knowledge. They would describe something they had experienced in practice but darn if they could give it a name. When I introduced a name from the literature … well, by God … you would have thought I had just handed over a large cashier’s check. 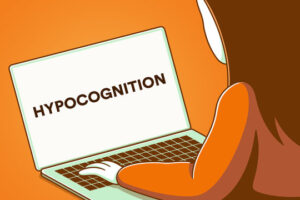 What the two professors were talking about decades earlier was what anthropologist Robert Levy calls Hypocognition. The concept refers to the “lack of a linguistic or cognitive representation for an object, category, or idea.”

I cite Perceptual Set and Hypocognition here because they are relevant in my attempt to name and comprehend a thing called ‘Neoliberalism in Higher Education.’

For years, I knew—I just knew—something was happening in higher education, but darn if I could give it a name. How could I? I did not even know what it was. The best I could do was describe the manifestations of unease. I say ‘unease’ because I felt strongly that ‘It’ (whatever-it-was) was not a good thing–not a good thing at all.

Eventually, after searching around, I came across the concept of ‘Neoliberalism,’ which I found then (and still do) to be a clunky and confusing term. But I decided to soldier ahead because I could not find a better alternative. I still can’t.

It took retirement from full-time academic work to give me the space to continue my inquiry. While that is an odd thing for an academic to say, it makes sense in my case. Why? Neoliberalism was not my field of study.

Just like those graduate students, I could describe what I had experienced, which I did in 2012, but not as a student/scholar–only as a participant-observer of something I did not fully understand but was grappling with.

A Eureka! came in 2016 when I read George Monbiot’s article on Neoliberalism. Understandable and elaborative it was. I have experienced other moments since. And all the while, my colleagues and I have shared articles, books, and related materials at FutureU and in the forums we host.

We feature the work of those who make Neoliberalism a focus of their scholarship, including accessible forms of public scholarship. A recent example is UMass professor Asheesh Kapur Siddique’s outstanding commentary on how college/university boards exert a neoliberal influence on higher education. A colleague forwarded the article to me, which is an act I value and reciprocate.

Another example of something handed to me is an AAUP report (just published) that asserts that some schools took advantage of the COVID crisis to ‘supercharge’ (as AAUP references it) corporate-style governance. There is nothing better than a crisis to ramrod one’s way through to a preferred outcome.

In addition to looking for sources that well describe neoliberalism’s presence and impact, we are constantly on the lookout for treatments that minimize neoliberal influences. Unfortunately, there are many, including presentations in the popular press.

“The neoliberal order seems to be collapsing” was a storyline in the most recent issue of The New Yorker. And is Foucault the ‘Darling of the Right”? Read the elaboration in Ross Douthat’s May 25 column published in The New York Times.

The counter-serve to ‘don’t worry about it’ comes when scholars take deep dives into why Neoliberalism has—and continues to have–an ornery presence. So I took note when a colleague sent me a description of Neoliberalism and Academic Repression: The Fall of Academic Freedom in the Era of Trump.

I liked what he had to say and, so, I placed an order for the book. Upon receipt of the volume, I did not begin by reading the book–a most unusual choice. Instead, I paid attention to book material that I often pass over. I found the back cover description to be excellent, the dedication to be percipient, and colleagues’ promo blurbs to be incisive.

Here is what I mean (with emphasis added). 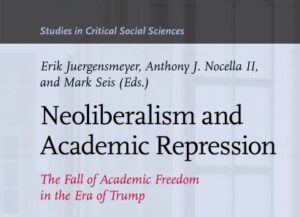 Neoliberalism and Academic Repression: The Fall of Academic Freedom in the Era of Trump by Erik Juergensmeyer, Anthony J. Nocella, and Mark Seis (Chicago: Haymarket Books, 2019)

Back cover: “Explains how academia is being shaped into a corporate-faculty-industrial complex. That complex transforms the relationships within and beyond the institution, transforming the mission of higher education from being the foundation of democracy to the manager of professionalism.”

Blurbs: “Various manifestations of the neoliberal corporate structures have insinuated themselves into the lives of teachers and students to such an extent that disciplines and faculties are either closed or rebranded to situate the developing learner as a consumer at the funfair of corporate education.” Carolyn Drew, Inst. for Critical Animal Studies

“Intellectual curiosity and critique are, for the most part, no longer the primary goals of higher education. They have been replaced by the goal of employability for corporate profit.” John Alessio, Minnesota State, Mankato

“The very systems that have the potential to mitigate oppressive forces—the systems that enable the capacity to provide a critical educational environment for students—are undermined.” Lauren Eastwood, SUNY College at Plattsburgh

“The current socio-political climate in which we are living…undermines public, academic institutions, attacks scientific thought and facts, and erodes intellectualism.” Chandra Ward, University of Tennessee Chattanooga

“Neoliberal policies undermine many of the public programs, institutions, and regulations built-up in the last century to bring about greater equality, rights, and protections in society.” John Baranski, El Camino College

“How difficult it is to see the operation of repressive processes and how important it is to make them visible.” Ruth Kinna, Loughborough University

Then there was this passage in the Preface:

“There is still time—our time—to revolt and re-claim the critical, inclusive, and public commons that will allow academia to flourish once more. In this way, the book brings new hope and light in these troubling times, not least by challenging our imagination about what is possible, practical, and enactable to co-create a post-neoliberal academic future.” Richard J. White, Sheffield Hallam University

I value Neoliberalism and Academic Repression, and that is why we invited the editors to join us on May 28 at our  FutureU Forum. We invite you to join us, too. 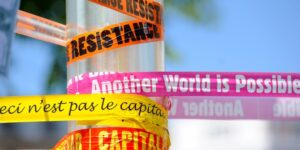 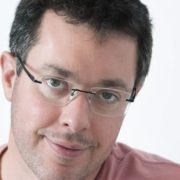 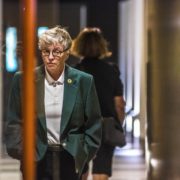