Those involved up and down the administrative line need to make reform a priority, which begins with the courage and conviction to say, “Enough!”

Two years have passed since former North Carolina coach Sylvia Hatchell, former Georgia Tech coach Ma Chelle Joseph, and several other women’s college basketball coaches resigned or were fired amid allegations of mental abuse and questionable behavior. Two years … and nothing seems to have changed or improved. In fact, things appear to have become worse.

Stollings arrived at Texas Tech in 2018 and, after her first season, a dozen players left the team. Other complaints involved an international player diagnosed with depression, which was made worse after a coach reportedly took away her support dog and gave it to a team booster. Earlier in her coaching career, Lowry-Dawkins faced abuse allegations when she was head women’s basketball coach at New Mexico State in the early 2000s. She was reassigned to other duties and eventually fired. After Texas Tech’s investigation and termination of both Stollings and Lowry-Dawkins, officials stated that “objectionable behavior” had occurred and a deficient leadership level.

2021 has seen more similar occurrences. Nearly all the women’s basketball players at Swarthmore College (PA) quit the team after the school’s inaction regarding Coach Candice Signor-Brown.  Players had alleged intense favoritism, toxic culture, and bullying. Additionally, there were complaints about Signor-Brown invading player’s privacy, inappropriate visits to player’s dorm rooms, unnecessary emails and texts, and a lack of appreciation for student’s study time in the rigorous academic environment at Swarthmore.

Signor-Brown was hired in 2019 after coaching for 10 years at Vassar, where she compiled a 159-106 record. Swarthmore’s three monthly investigations included some allegations from former Vassar players, in addition to the Swarthmore complaints. The school’s decision to continue to retain her led to multiple players leaving the team.

At Purdue Fort Wayne, Coach Niecee Nelson’s contract was not renewed this year amid numerous complaints. Nelson’s five-year tenure included a record of 22 wins, 116 losses, and numerous mental/emotional abuse allegations. Nelson was suspended briefly in 2019 after an investigation was conducted into possible NCAA practice rules/infractions. She returned to her position a short time later that year when it was determined no policies had been violated.

In January, the women’s basketball season at Detroit-Mercy was canceled after 14 games when abuse allegations surfaced regarding first-year coach AnnMarie Gilbert. Players complained that the coach minimized their injuries and gossiped about them. In addition to the players, others connected with the program cited unprofessional communication with assistant coaches.

But Detroit-Mercy, a private Jesuit school of 5,000,  said those allegations were unsubstantiated and retained Coach Gilbert. That decision led to more than a dozen players either transferring or leaving the team. No players from last year’s team are expected back for the 2021-22 season.

Gilbert was hired in 2020 after a five-year stint at Virginia Union, where she compiled a record of 135-18. Before that, she worked on a Master’s degree at Cleveland State while serving an NCAA show-cause penalty, which led to her resignation at Eastern Michigan in 2012. That program was put on probation for major violations for practices that included exceeding practice times, which is the same allegation made by players and parents at Detroit-Mercy.

Gilbert’s situation is not the first occurrence of problems in women’s basketball at Detroit Mercy. In 1999, the woman’s basketball coach was fired after three seasons for “philosophical differences” with the university. That coach was the aforementioned Nikita Lowry.

Why do these situations keep occurring in women’s college basketball? And why do schools hire coaches with violations, problems, and suspensions in their past?

Obviously, there are pressures on players, coaches, and schools to win and sustain fan support. But that is no excuse for what we see in the sport–time and time again–namely, programs with a toxic environment.

Yes, women’s college basketball has (to borrow a song title) “Come A Long Way, Baby.” but, also, something seems to have been lost along the way. When I played in the early 1970s, there was no Title IX or athletic scholarships, but we played to be competitive, and, more importantly, we played for ”the love of the game.” Today’s highly competitive business environment has changed the game–and not for the better–as Sally Jenkins of The Washington Post described in a recent commentary.

The big question is whether college athletics is willing to acknowledge systemic problems, including hiring/retaining coaches with a history of questionable practices?

As long as player abuse continues, a cloud of uncertainty and distrust will haunt women’s college basketball. Change needs to happen now. But for that to happen, those involved up and down the administrative line will have to make change a priority, which includes the courage and conviction to say, “Enough!” 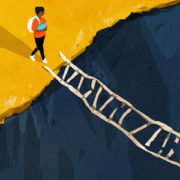 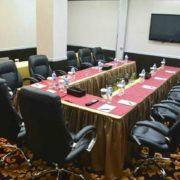