“The cost of college receives more attention, but the uneven quality of college is at least as big of a problem for middle-class and poor students. The United States is suffering from a college dropout crisis, as I’ve written before.

College graduates earn more and live healthier, happier, longer lives on average than nongraduates. Yet the national dropout rate — the share of students who enroll but never get a degree — is about 30 percent, and the rates tend to be even higher at colleges that serve middle-class and poor students. Many of those students leave college with a miserable combination of debt and no degree.

Most Democratic presidential candidates have focused their higher education plans on college costs. Bernie Sanders’s plan barely mentions college quality, for example. And these candidates are right that money is a major issue. But it isn’t the only issue. Even among colleges with similar resources, there is a wide variation in graduation rates and student outcomes.

Mike Bloomberg’s newly released plan takes a different approach. It addresses both quality and cost, in detail. Whatever else you think of his campaign, his approach to higher education is arguably the most progressive of any candidate.

On costs: He focuses his spending on lower-income families, rather than also making college free for the affluent. He would make tuition at public colleges free or nearly free for in-state students from the bottom half of the income distribution. For students from the bottom 25 percent, the plan would also cover living expenses, like food, books, and transportation. Community college would be tuition-free for everyone. The maximum Pell Grant, the main form of federal aid for students, would double in size.

On quality: Bloomberg would increase funding for colleges — and vocational programs — that enact policies with a track record of lifting completion rates, like the ASAP program at the City University of New York. He would create financial incentives for elite private colleges to become more economically diverse. He would increase federal funding for high school advising programs.

In many of these areas, there is already encouraging evidence about what works and what doesn’t. The Obama administration did a lot of evidence-based work on higher education, but the Trump administration has largely abandoned it. And the notion of “free college” has become so important in the 2020 campaign that the importance of “good college” has fallen by the wayside.

I’m eager to hear what higher education experts have to say about Bloomberg’s plan in the coming days. I asked Sandy Baum and Michael McPherson — two experts I trust — for their initial reaction yesterday, and they praised the plan. There are some reasons for concern (like the possibility that Pell Grants would move too far up the income distribution), Baum and McPherson said. On the whole, though, Bloomberg’s plan seems likely to do more good than the other candidates’ plans.” 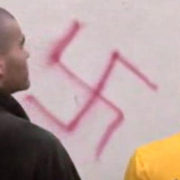 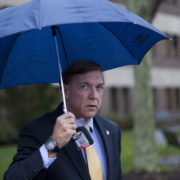 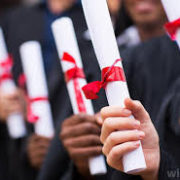