On this metric, Riverside doesn’t want to be #1 in the country.

The Highlanders’ #1-ranking has nothing to do with what’s happening on the field, court, pitch, pool, track, links, and everywhere else where college athletes compete. Cal Riverside’s #1 ranking is about money.

USA Today reports that UCR was #1 in 2019 (pre-COVID) on the percentage of athletic revenues that came from school allocations and student fees. In 2019, the figure was over 91%, meaning that $9 of $10 in the athletic budget came from non-athletic sources.

Only about a million of UCR’s $24-million budget came from athletic revenues, including such items as gate receipts and media revenue. Non-athletic subsidies made up the rest of the budget. Worse yet, UCR athletics spent about a million dollars more than it had in revenues.

What makes this story relevant is that Riverside has decided to take action to fix a problem that afflicts hundreds of other major sports-playing public universities across the country.

Consider the Big West Conference where UCR competes. The University of Hawaii is the only conference school with a subsidy percentage <67% (at 44%). The total bill? In 2019, subsidies conference-wide totaled about $180 million of $254 million spent overall on intercollegiate athletics (71% of total expenditures).

The Big West’s subsidy-heavy profile is shared across the country. USA Today reported that the nationwide subsidy in 2019 at major public universities totaled over $3 billion.

Only public universities in the ‘Power 5’ conferences–Atlantic Coast, Big Ten, Big 12, Pac-12, and Southeastern Conference–generate sufficient resources from athletics to avoid dipping significantly into non-athletic resources to balance the books. And the contrast is abundantly apparent between Power 5 and other conference-situated public schools located in the same state.

I’ve been following the subsidy story for years, including the situation at UCR and the Big West. I was reminded of its importance this week when I read Matt Brown’s Extra Points article, What Can We Learn from Hartford and UC Riverside’s D-1 Decisions?

It’s an instructive read because of the contrast between what Hartford (a private school) and UCR are doing to address money issues.

Hartford has decided to drop out of D-1 sports as a member of the Atlantic East Conference and migrate to D-III competition. UCR, on the other hand, is trying to stay in the big leagues as a Big West member by recalibrating its budget.

The difference? I don’t see hundreds of schools doing what Hartford is doing because playing major athletics is an indelible feature for many colleges. Athletics gets press coverage, attracts students, and generates donor/alumni funding, among many other things. But I could see hundreds of schools adapting/adopting what UCR is doing if UCR is successful in that quest.

First, in 1999, UCR didn’t make the necessary mindset/organizational/leadership transitions required when the school moved from Division II to Division 1 athletics. UCR started playing sports at the major level, but its support structure and approach were more like what you’d find at a Division II school. The school also failed to cultivate interest in major college athletics among citizens who live in the area, the so-called ‘Inland Empire‘ (adjacent to Los Angeles, including Riverside and San Bernardino counties, 4 million total population). That local space is now a competitive environment. Emergent D-1 program Cal Baptist (ten miles down the road) plays in the rejuvenated Western Athletic Conference. Athletics is a priority at Cal Baptist–a former NAIA school–and sports have strong administrative support.

In contrast, strong administrative support for athletics has been an up-and-down affair at UCR–strong some years, and not so strong at other times–at a school with six chancellors since 2000. What’s more, Alexander says there is considerable disdain for athletics among the UCR faculty. ‘Anti-athletic,’ he calls it.

Finally, priorities are especially at issue in today’s COVID-afflicted budget environment. So just where do intercollegiate athletics fit into the scheme of things at UCR–a major research institution that enrolls a mix of underserved students?

When you put it all together, it’s not surprising to learn that in August 2020, a UCR budget advisory committee recommended that the school “eliminate athletics,’ replacing intercollegiate athletics with “a more robust intramural program.” But report recommendations were not kindly received by some on campus (and beyond), such that the current chancellor, Kim Wilcox, created an “Athletics Working Group” last Fall “to conduct an external review of UCR Athletics as well as to assess the challenges and opportunities it offered.”

The AWG’s report, which was released last week, stated that “UCR Athletics and all the 17 sports found within would continue to compete at the Division I level within the Big West Conference.”

What’s impressive about that conclusion is that UCR intends to address its budget issues without eliminating any of its intercollegiate sports programs–in contrast to what many other schools have done around the country. (See my article here.)

The irony of that the same can be said for just about any unit in higher education these days–do more with less and fundraise more. Then there’s ‘the peer problem,’ Unless other schools in the Big West and beyond pursue the same outcome/approach that Riverside has embraced assertively, UCR will be competing athletically with one hand tied behind its back.

Unfair? Athletically, yes. But there’s something to be said–emphatically, too–about having the courage to name a problem, undertake a collaborative and transparent process, and, then, announce a pathway to fixing what’s wrong. It’s called leadership.

What’s more, it’s the kind of leadership befitting higher education–leadership that’s sadly lacking these days in favor of a behind-closed-doors, executive-driven “Here’s what I have decided to do” approach.

Bravo, UC Riverside! Yours is a story we’ll follow. 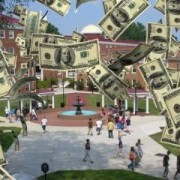 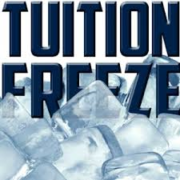 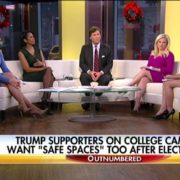 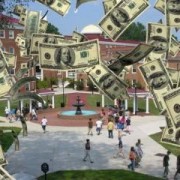