If changes aren’t made soon, over 3,600,000 registered Independent voters in Florida won’t be able to vote in the state’s 2020 Presidential Primary Elections. You can help! How? See details at the end of this article.

If you are like Kathy Fear and me, then you reside in Michigan most of the year and live in Florida over the winter months. This article is for you–whether or not Florida is your state of legal residence.

Florida isn’t like Michigan–an open primary state. Only registered voters of one party or the other can vote in Florida’s primary elections.

What’s it mean? Over 3,600,000 registered voters in Florida—voters who are registered as Independents (as of July 31, 2019) and account for nearly 30% of the state’s electorate—won’t be able to vote in the state’s 2020 Presidential Primaries. That’s because Florida is one of fifteen U.S. states with a ‘closed’ or ‘partially closed’ primary system.

Steve Hough, who heads up Florida Fair and Open Primaries, is working with the national group Open Primaries to change that situation. Steve doesn’t want 2020 to be a repeat of what happened in 2016 when Independent voters in Florida and across the country couldn’t express their preferences in the Presidential Primaries. In just two states—Florida and New York—nearly 5 million registered Independents were barred from participating in the 2016 presidential primaries. The number was 26 million voters nationwide.

Let’s put a stop to restrictions in Florida!

Here are four reasons why Independents should be able to participate in Florida’s March 17 presidential preference primary election.

Second, declaring and/or registering as Independent means a voter doesn’t declare a party preference or affiliation. So what happens come election time? Pew Research (a highly regarded independent organization) reports that 93% of Independent voters nationally say they ‘lean’ either Democrat or Republican. Excluding all Independents from voting in primaries when 9 out of 10 Independents have a consistent party preference is unfair and unreasonable.

Third, many people believe that political parties are public institutions. Parties are nonprofit corporations. As such, they set their own rules. Each party decides—state by state—on the rules to follow, including primary election rules. Party rules are not set in stone and can be changed.

Fourth, primary elections (and all elections) should conform to a fundamental American principle—‘One Person, One Vote.’ All elections should be voter-centered, but party primaries in some states are party-restricted. Currently, Florida is a party-restricted primary state. Let’s change that.

WHAT CAN YOU DO? Contact Florida’s major political parties and urge them to open the primary elections. Include your name, Florida residential address, and phone number. Send that info, along with a note expressing your opinion, to Republican Party chair, Joe Gruters, gruters.joe@flsenate.gov, and Terrie Rizzo, Florida Democratic Party chair, https://www.floridadems.org/our-party/office-of-the-chair

Note: The Florida Democratic Party has already set aside a time (in October) to decide whether or not to open the 2020 Dem Primary to Independents and other non-party members.

Join me in expressing the opinion that all registered voters should have an opportunity to vote in Florida’s 2020 presidential primaries. 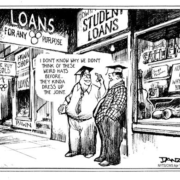 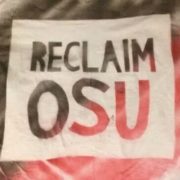 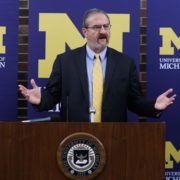