The deal between the University of Colorado and online gambling company, PointsBet, represents a new low in college sports’ devolution.

For some time, I’ve expressed concern about how major, revenue-based college athletics are being run. It’s about how commercialization has corrupted what should be an operation that supports amateur athletics and the students who participate (presumably) as part of their college education. I’ve argued for years that ‘socially responsible athletics administration’ is in short supply. And every time I believe ‘I’ve seen it all,’ it’s clear that I haven’t—be it through personal experience or investigative reporting. Here’s an example on the personal side.

A few years ago, while running a weekday meeting at the stadium club of a major university, I noticed that the end zone scoreboards were operating and that something was streaming across the electronic banners. Thinking that was odd, I investigated. The banners hyped a nearby casino, which I thought was inappropriate in any case—and for a public university, especially.

I motioned to colleagues who were standing nearby, and, to a person, they agreed with my assessment.

After the event ended, I walked to the front of the stadium—there’s a major student commuter lot adjacent to it—and found that anybody parking there could see the banner easily. What’s more, I found the same banner flashing across the scoreboard at an adjacent athletic facility.

I complained to the school’s Athletic Council and also to the Athletic Director directly. To make a long story short, the late Ali couldn’t have executed a better ‘rope-a-dope.’ I got nowhere fast, and even received a ‘thank you for letting me know’ from the then-AD. He said he had no knowledge of the ad and how it ended up streaming on the scoreboards.

I’d love to say that the incident was a one-off, but it wasn’t. Earlier, I had lodged complaints about the release of inaccurate athletic data to the public.

While it’s easy to dismiss my story because it’s ‘just one school,’ I discourage you from drawing that conclusion. I say that because it’s part of a pattern: revenue-generating college athletics careens from one problem to the next, often with head-shaking results. The most recent example came just a few days ago in an article published in Sports Illustrated. Reporter Ross Dellenger chronicles a deal between the University of Colorado and online gambling outlet, PointsBet, which will net CU a minimum of $1.65 million over five years.

What’s shocking about the deal is that CU—a state-funded public university—will hawk gambling. How? It will advertise PointsBet at university-sponsored athletic events, most notably during football games, including featuring the gambling company during pre-game broadcasts and game broadcasts—both in the form of ‘live’ mentions and recorded messages.

What’s more, there will be in-game mentions over the public address system, a permanent field-level sign for fans to see, and ads that will flash on end zone LED screens. The arrangement extends to the school’s website, including banner ads and “a minimum of five homepages ‘takeovers,’ according to Dellenger.

All of the information just summarized comes directly from the UC-PointsBet contract.

It gets worse. With CU’s permission, PointsBet can use an athlete’s name or likeness in its publicity (even though athletes can file NIL claims against the company to receive compensation for that use). CU also gave PointsBet the right to “have a stand at CU career fairs and to hold alumni recruiting events.” The last item is an example of how CU and the company “will collaborate on recruiting opportunities for the company.”

It’s easy to brush off what’s happening at the University of Colorado—just as with my personal experience—because “it’s just one school.” But mind you, CU consulted with the PAC-12 before entering into this agreement.

And in a world where ‘if one does it, then,” if legislators don’t step in or fans express outrage to the school’s president and/or board, you can bet (no pun intended) it’s only a matter of time before other schools follow CU’s lead.

Worse yet, in today’s upside-down world, who’s to say how many fans (including CU fans) will look at this agreement and conclude that it’s just fine. “People are going to bet anyway. If CU can get a piece of the action, good for the Buffs.”

To that, I say this: revenue-based college sports has lost its way. 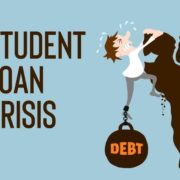 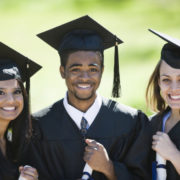 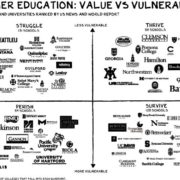