Home
Public Higher Ed
Mother Got My Attention By Saying “Shame on You!”

There’s no place for racist language, especially when it’s uttered by a member of the U.S. House of Representatives. Shame on you, Greg Murphy! And there’s intolerance for colleges and universities that fail to call it out. Shame on you, Davidson College!

As a boy growing up in North Carolina during the 1950s, I learned the power of a few biting phrases/words my mother used. A single mother of six, Flora A. Barbee, knew how to use a switch, but her words were a much stronger corrective for my bad behavior.

In particular, her use of the word shame carried force. “Shame on you!” drew uninhibited attention to my transgression. “Have you no shame?” offered the same protestation in question form.

Saying those words placed responsibility where it belonged—on my young shoulders. And like so many other adults of that era, my mother had a good command of what was called “The King’s English,” which means words carried power without being vulgar.

The ‘shame’ of which I write is the word shame when used as a noun. The use of the word as a verb has a very different meaning. For example, if you have a frightful dream of being naked in a crowd, the verb form isn’t about transgression and behavior change. In verb-form, shame is external. It’s internal when used as a noun. Have you no shame? If you do, then behavior change could very well follow. 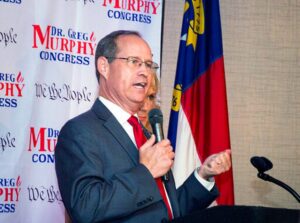 I thought about what my mother said years ago and how the word ‘shame’ is used after reading a news report. North Carolina’s Greg Murphy, a member of the U.S. House of Representatives, tweeted recently about Senator Kamala Harris: “[Kamala Harris] is a walking disaster…she was only picked for her color and race. Is that how we pick our leaders now in America?”

Shame on you, Greg Murphy! And, while I’m at it, shame on you, Davidson College! Why the College? Murphy is a Davidson alumnus who has been honored by the college in the past and has also served on its Board of Trustees. Hiding behind the cover of non-profit status (and prohibited from commenting on political matters), Davidson offers no comment concerning Murphy’s tweet.

Silence, Davidson, is complicity. Instead, Davidson needs to practice what it teaches. Take a powerful and public stand against racist beliefs and language. Proclaim it!

Davidson need not identify Murphy, but the intent will be clear. Privately, Davidson should decline to accept Murphy’s donations for a time, and also make sure that he is neither honored nor plays a role at the college.

Why? An offender needs to go away for a while and use a ‘time out’ to ponder a transgression.

Words carry weight. Yet, at this point in America’s history shame seems non-existent, and few pay penalties for transgressing. Worse yet, some cheer. The result? Cowards have places to hide, and evil can flourish.

Have you no shame? 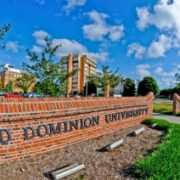 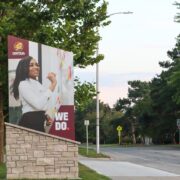 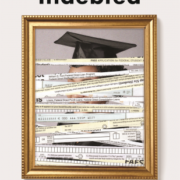 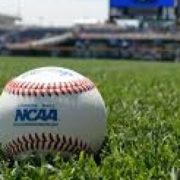