When Western Michigan faced Central Michigan on the football field last Saturday, a storyline about the game was everywhere in sight. But the story wasn’t about football. It was who paid for all of this?

The lion’s share of funds required to pay for intercollegiate sports at mid-major schools–schools like WMU and CMU that play major sports but aren’t in the top tier of major programs–don’t come from athletic sources (e.g., ticket and merchandise sales, media rights). They come from two non-athletic sources—allocations to athletics from school general funds & student fees. Those sources are called subsidies to college sports.

What is the subsidy total at WMU and CMU?USAToday reports that last year it was $55 million (WMU, $25 million and CMU, $30 million).

In budget percentage terms, the subsidy rate at WMU and CMU is around 70% of total revenues. In contrast, Michigan and Michigan State both played home games last Saturday afternoon. The subsidy rate at each of those schools is under 1%.

The contrast is the difference between the have’s and have not’s of college sports. Around 60 of the 230 major programs–including Michigan and Michigan State–are in the have category. The rest–including WMU and CMU–are not. According to USAToday, the median contribution of subsidies to college sports is about 73% of the total athletic revenues available for spending. The data show that mid-majors can’t make it—they’re not even close to making it—without subsidies to athletics.

In the Mid-American Conference—where WMU and CMU play—twelve conference schools (nine of which are located in Ohio and Michigan) spent $390 million last year on intercollegiate sports. $268 million (69%) came from general university funds and student fees. That total doesn’t include subsidies at non-MAC mid-major schools in Ohio and Michigan, such as the University of Cincinnati (47% subsidy, $29 million) and Oakland University (80% subsidy, $14 million).

In Michigan, the subsidy total at the three MI-based MAC schools (WMU, CMU, and WMU) plus OU amounted to nearly $90 million last year. In Ohio, it was $125 million—just for the six MAC schools in the Buckeye state. That’s $215 million—nearly a quarter of a billion dollars—for one year, ten schools, in two states.

Worse yet, the MAC isn’t a one-off. In other athletic conferences and states all over the country—in California, Virginia, Florida, Georgia, and Tennessee to name five—state taxpayers and college students pay significantly for mid-major college sports. USA Today reported that the national subsidy total last year was $3 billion.

Mind you, all the figures I’ve reported here are for one year. When The Huffington Post/The Chronicle of Higher Education looked at subsidies over time, they found one-year totals in multiples. For example, when staff analyzed Eastern Michigan University’s athletics budget for the years 2011-2014, they found $120 million in subsidies with overall athletic revenues of $146 million (86% subsidy over three years).

What does it all mean? It would be a losing argument to contend that intercollegiate athletics should pay for itself completely. And we otherwise shouldn’t get into the business of telling universities how to spend their money. However, the problem with subsidies is that taxpayers and students are sources of significant funds during an era of high college costs.

The problem is getting there. It’s unlikely that CMU would be able to reduce its subsidy rate from the current 76%  to 25-30% of revenues in one year. There needs to be a reasonable phase-in period.

But if our state universities aren’t willing to impose subsidy limits on athletic revenues, then the Michigan Legislature should do it for them. The same applies to Ohio and all the other states that are in the same situation.

The current situation doesn’t make public sense. No other industry would be tolerated with a 70%-plus subsidy rate. Besides, what is a college for? Football? I think not. 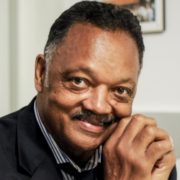 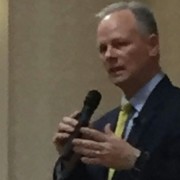 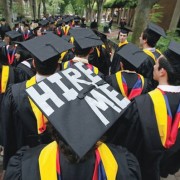 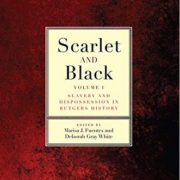