Home
Public Higher Ed
Beyond Cheering: Redefining What It Means to Be a Fan

When misconduct emerges, fans tend to deny, defend, and deflect attention from potential wrongdoing. When that happens, fans become enablers, giving programs cover and a license to transgress.

Sports fans are known for their bluster. Years ago, I dared to wear a West Virginia sweatshirt the day after Joe Paterno’s football Lions had dismantled my Mountaineers (yet again). “This might be the year,” we thought. It wasn’t. At a rest stop on I-79, two traveling Penn State fans made sure I knew it, too. “Why don’t you guys give up football?” they advised, laughing as they said it. “Give tennis a try.”

Bluster is an equal opportunity gig, of course. So what’s the big deal? It’s this.

Fanatics need to be as vocal about something else—holding their sport, teams, coaches, players, and organizations accountable. Most of the time, just the opposite happens—denial, defense, and testiness is displayed—about and against anybody who dares declare that something is afoul.

Yes, fanatics will criticize their team when it is losing (‘the coach must go’ is a common refrain), but that’s not what I mean. Here’s an example of my concern.

A few years ago, a national columnist authored a piece about a coach who had been suspended for academic fraud. “He got what he deserved,” she wrote, asserting that the NCAA needed to do more of the same with respect to other coaches and schools. I wondered how the school’s fans felt about the article, so I read the comments. This reporter had it all wrong, they blared. ‘Other schools are just as bad.’ “The punishment is too severe!” “The writer is a ‘piece of ____.’

Time and time again, otherwise reasonable people become defense attorneys when they should be taking a critical eye instead. I hear things like: ‘They’re out to get us!” “Why aren’t they investigating X?” The bobbing-and-weaving is endless.

Here’s a personal and recent example. A national publication was positioned in the front row of a magazine rack at a place where I exercise regularly. The cover story carried a negative headline about a local university, including a nearly full-page photo of a person who had been the victim of a criminal act (confirmed at trial). The trial and situation associated with it made national news.

When I arrived the next day, I noticed that the magazine was no longer at the front of the rack. It was repositioned at the back. I put it back where it had been the day before. When I returned the third day, the issue was out of sight again, so I repeated what I had done on day two. On day four—you guessed it—it was in the back row once again. The back-and-forth continued for over a week. Then, one day, I couldn’t find the issue. It had been removed from the rack.

‘Out of sight, out of mind’ is just one way that sports fanatics deal with negative news. It’s a silent way of saying, “There’s no news here, people. Move on!”

I assumed that experience was a two-person exchange, so I wondered what would happen if I designed an experiment where multiple fanatics could respond. I came up with a plan and used Twitter to find out.

I tweeted two self-identified and negative messages about a university—a different school from the one referenced above. The first tweet was about a frivolous topic. The school’s football team was playing a game in uniforms that aren’t the school’s traditional colors, and I didn’t like it. To tweak interest, I showed a photo of a player from the opposing school dressed in the very same colors in a game played earlier that year. The second tweet was about something serious—the school’s low graduation rate for its African American football players. 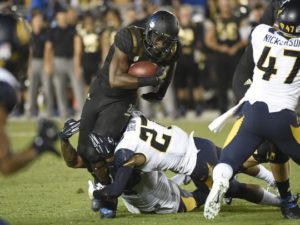 The response to my first tweet was immediate and in numbers—2000 views and nearly 1000 engagements. It was one-sided, too. I was assailed and called names. The twitter storm didn’t abate after I identified myself as an alumnus (‘friendly fire’ made things worse). What about the second tweet? There were only 350 views without a single comment, like, or retweet.

On the one hand, there was voluminous chatter among fans about an issue that’s unimportant by any measure. But on the matter that IS important. Silence.

A lot of sports bluster is unremarkable and will always be part of sports. My first tweet is an example. But what about important issues? Hiding a magazine cover story from public view doesn’t make a problem go away. Being silent about an indefensible situation says to school leaders, “That’s ok.”

There are serious implications when sports fans turn a blind eye. In a strange form of ‘identity politics,’ it gives license to sports figures and program execs to do what they want when they want and how they want. They know loyalists will defend, deny, and go after anybody/everybody who criticizes.

To counter that nonsense, we need a new normal in sports. Cheering isn’t enough. Fans need to be just as vocal when players, teams, and programs transgress. Getting there is the problem, though. Accusations of disloyalty await any fan who dares speak out. But if enough fans do it—and do it over time—eventually the coin will flip.

To this day, I wonder how the Penn State fans I mentioned at the beginning of this article responded when the crisis hit Penn State. While I’ll never know the answer, I did ask myself this: “What would I have done?” The answer came a few years later when I joined the first wave of Spartans who spoke out about Michigan State’s mishandling of the Nassar situation.

I still cheer for the Spartans, and I still speak out about MSU’s continuing leadership missteps. I’m a fan, after all. 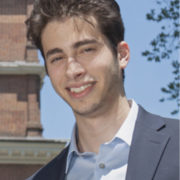 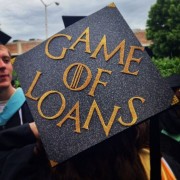 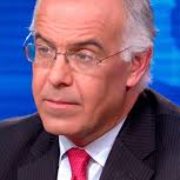 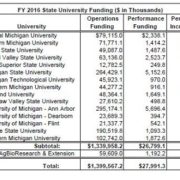